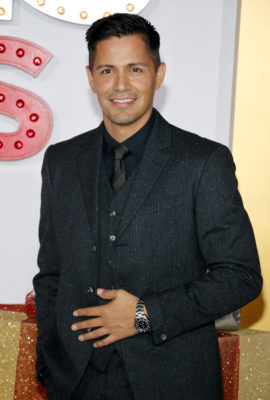 From Justin Lin and Peter Lenkov, the Magnum PI reboot pilot will star Hernandez as “Thomas Magnum, a decorated ex-Navy SEAL who, upon returning home from Afghanistan, repurposes his military skills to become a private investigator.”

What do you think? Are you a fan of the original Magnum PI series? Would you watch the reboot?

Nope It never gets better than Tom Selleck! The original Magnum was the best…..still is great to watch! So no I won’t watch the “reboot”. Doubt it will even get 3 episodes in before it is cancelled.

I like Jay Hernandez best. He plays more of a believable man tested by life , who knows it’s not all games. He also doesn’t seem like he’s vain. Tom Selleck’s was always panning for the camera & giving the “Ani’t I just so cute” look. He played Magnum as a less serious adult. I like adult men. I would rather watch the new Magnum. I also like that the current Magnum & Higgins can actually work together. I always thought the way the original series had them fight was childish. They both had too many life experience to play… Read more »

Curious, but will not watch. Loved the original, don’t ruin it.

I expect any remake of “Magnum P.I.” to likely be a mediocre imitation of the original. Some things don’t need to be remade & “Magnum” is one of them.