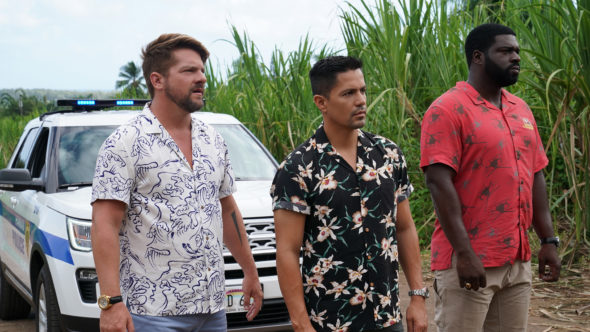 Hold onto your favorite Hawaiian shirt for the 2020-21 season. CBS just announced they’ve renewed Magnum PI for a third season.

The second season of Magnum PI is averaging a 0.64 rating in the 18-49 demographic and 6.53 million viewers. Compared to season one, that’s down by 28% in the demo and up by 9% in viewership.

The two-hour second season finale airs this Friday, May 8th.

What do you think? Have you seen the new Magnum PI? Will you watch season three of this CBS TV series?

When is the rest of series 3 coming back

Magnum P. I. is my favorite series so please don’t cancel!

When will the new season be aired?