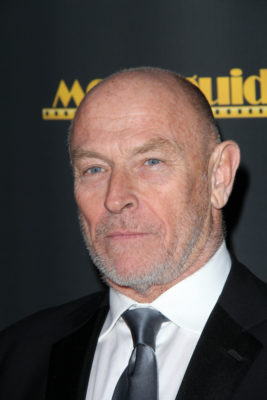 A reboot of the ’80s series, the action-adventure drama centers on former Navy SEAL Thomas Magnum (Jay Hernandez), who is back from Afghanistan and working as a private investigator. The cast also includes Perdita Weeks, Zachary Knighton, Stephen Hill, Tim Kang, and Amy Hill.

On Magnum PI, Bernsen will be playing “Icepick, a grizzled, older prisoner/self-dubbed “criminal degenerate” who wields a sense of humor as well as some hard-earned wisdom.”

Bernsen appears in the newest episode of Magnum PI, which airs on CBS tonight, November 26th, at 9 p.m. ET/PT.

What do you think? Have you seen the new Magnum PI? Would you watch a second season?

Love it want it to continue

I love it! I love the new Higgins.

The only episode of Magnum PI I really thought was great was s1, e9. And that was because the episode showed some genuine feelings and a lot less of the silly bantering that usually goes on between the characters. I have watched every episode since the series started and several times thought about cancelling my recording of the show but S1e9 made me decide to hang in there some more. I hope future episodes will be more realistic and less silly!