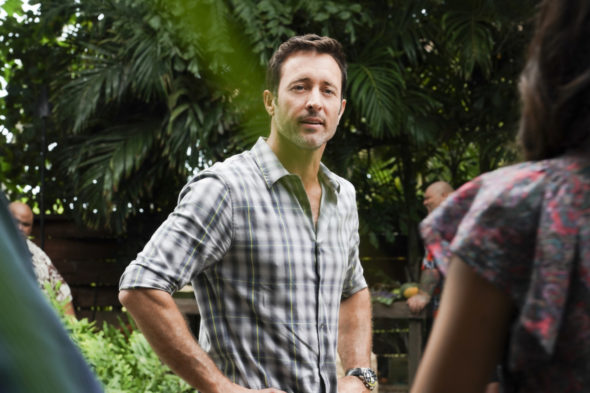 CBS fans, it is time to get ready for a big crossover. Fans of Hawaii Five-0 and Magnum PI will soon see the two worlds collide as the Five-0 gang bumps into Magnum and his crew while working a case. With both shows taking place in Hawaii, a crossover had been planned for some time, but it could not happen during season one of the Magnum PI reboot.

Peter Lenkov, the man behind both CBS shows, teased the crossover. Per TV Line, he revealed that the crossover is “a big-stakes story that really feels like a two-hour movie.”

During the crossover, the teams will be working the same case, and they will come across each other in the process. The Five-0 team will need to protect Magnum and Higgins when they become witnesses.

For the crossover, Jay Hernandez, Perdita Weeks, Stephen Hill and Zachary Knighton will appear on Hawaii Five-0, and Beulah Koale , Meaghan Rath and Katrina Law will appear on Magnum PI.

The crossover will air on January 3 on CBS.

What do you think? Are you a fan of Hawaii Five-0 and Magnum PI? Are you excited to see the two teams work together? Will you watch the crossover?

It took me some time to get into Hawaii five o. Magnum Pi is one of my favorites. Looking forward for season 3.

I am a fan of Hawaii five o and magnum pi

Magnum P I is a really great show all by itself, much better than Hawaii Five-o. If you combine the 2 shows you will be lessening the appeal of Magnum P I. I especially do not like the constant blithering blabbering of Scott Caan on Five-O. It is only a distraction and adds nothing to the show.

Love both shows will watch

Great big fan of both shows

Great idea I love both programs.

Love the Idea – We watch both shows regularly – have not missed one – looking forward to the crossover!

I love the idea of mixing the two shows. I faithfully watch Hawaii 5-0 and Magnum each week.

I can’t wait! I was a fan of the original ‘s and an even bigger fan of the new ones!

I love the idea. Magnum PI is my favorite; seems like a great fit.

I love Hawaii Five-0, but there can only be one Magnum PI…Tom Selleck

Wasnt that 3 decades ago??? Times do change… Don’t they?
I’m glad i’m living in the present

I love both series and watch them every week. I think more crossovers should come. Makes sense.

yes this should be fun