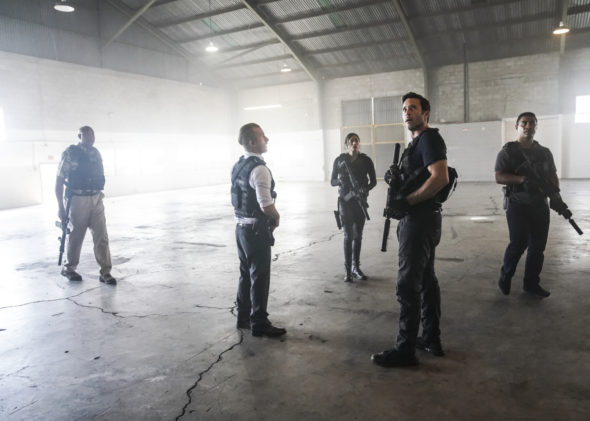 Hawaii Five-0 and Magnum PI are set for their big crossover in January, but fans of Hawaii Five-0 pointed out one big problem. During season three of the CBS reboot, the characters were on a helicopter flying around the island, and Max, played by Masi Oka, started to hum the Magnum PI theme song. The scene then went on with Max appointing Magnum characters to his friends before they all start humming the theme song.

Fans did not forget the brief moment, and Peter M. Lenkov addressed the issue in an interview with TV Line. He said the following:

“We’re going to forget that episode happened. That was at a time when I had lost hope that I could get [my Magnum reboot] launched. I had been trying to do it for so long, I thought there was just no way it was going to happen, so I did a little tribute in that episode. But we’ll take that one out of rotation, now that you’ve brought it up!”

The crossover with Hawaii Five-0 and Magnum PI is set to air on January 3 on CBS. Check out the sequence from season three that is being forgotten below.

What do you think? Are you excited for the crossover between the two CBS shows? Did you remember this season three tribute to Magnum PI by the characters of Hawaii Five-0?

The problem is that S02 episode 12 is part 02 of a story that begins with Hawaii0 being part 01!!
And since they layed off a few of their actors, I’m not watching Haw000 any longer. And I am not going to start watching again. So thanks for nothing. Do it again and I am gone.

I don’t really understand what the problem is

I did not watch the episode of Hawaii Five- O with the doctor making references to Magnum, so I’m cool with a crossover with the 2 shows. Really excited about it!

Not at all excited about this crossover event as I am not interested in Magnum and have been a follower of Hawaii since the original series began.
Please rethink this as I am not the only one.