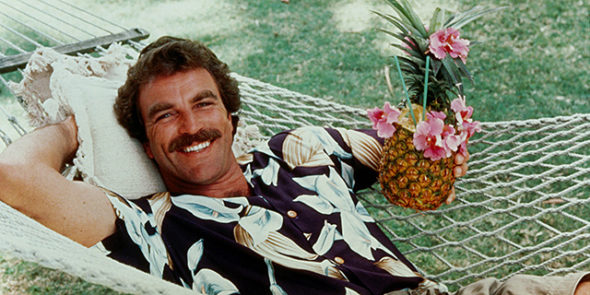 According to SpoilerTV, CBS’ Magnum PI reboot will differ slightly from the ’80s original. In the pilot, Higgins (played by John Hillerman in the original series) is a woman “and butts heads with Magnum over everything, but they work together when a friend’s life is on the line.”

And while Higgins has changed, some key details will remain the same. In the reboot, Magnum will still drive a 308 GTS Ferrari and the show will feature two dogs.

What do you think? Are you a fan of Magnum PI? Would you watch the CBS reboot?

I loved the original when I was in high school! I’m also a big fan of the reboot! Very well done!

While I’m open to watching what it will look like, I already think it’s a big error to change Higgins to a woman, because the tension will be between those 2 instead of having Magnum being a ladies’ man and having girlfriends all around as the typical bachelor he is. Higgins brought the frank camaraderie between guys and frank discussions too, an essential in Magnum’s story. That rapport will be lacking in my view.