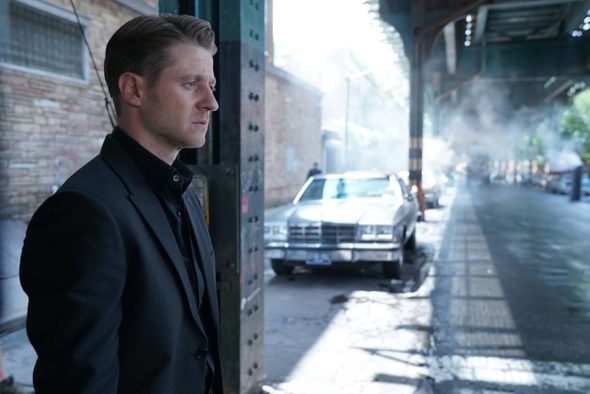 What’s next for Gotham? Recently, FOX announced they will air a preview of the TV series’ spring return on Saturday.

Get a first look at what’s to come on GOTHAM’s spring return as Jim Gordon navigates his new role of Captain, fighting against the most depraved and unhinged villains, including a reborn Ivy (guest star Peyton List), who is targeting anyone involved in the latest Wayne Enterprises project. Bruce Wayne continues on his spiral without the guidance of Alfred, who is out on his own in Gotham after being fired. Penguin becomes Jerome’s (guest star Cameron Monaghan) latest obsession after they meet in Arkham Asylum. Meanwhile, Lee Thompkins begins to try to rebuild the Narrows, working with Ed Nygma, and The Sirens try to amplify their business. Don’t miss the all-new “A Dark Knight: Sneak Peek” episode of GOTHAM airing Saturday, Feb. 3 (11:55 PM-Midnight ET/PT) on FOX. (GTH-400B) (TV-14 L, V)

What do you think? Do you watch Gotham? Are you excited for season four to return?

best show ever, love it.