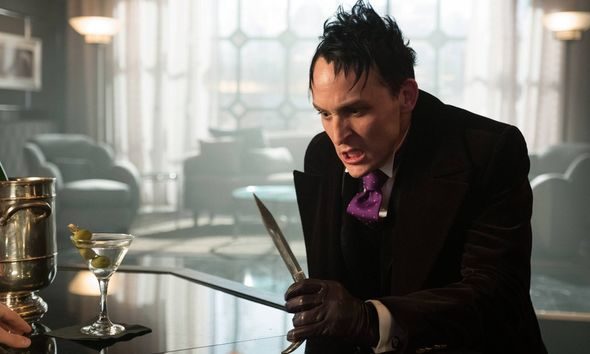 What’s next for The Penguin? Recently, Gotham star Robin Lord Taylor spoke with ShowbizJunkies about the fifth and final season of the FOX TV show.

In the interview, Taylor revealed the final season of Gotham will see The Penguin evolve even further:

I wasn’t going to spoil it, but our showrunner did. Yeah, you will see our version of the traditional Penguin from the comic books in the last episode. All of the components will be there. It will be fully realized. I’m so excited because it almost makes…it legitimizes him in a certain way. It’s like now I really do feel like I am the third Penguin. Like, I followed Burgess Meredith and Danny DeVito. Like, what the f*ck is my life? Unbelievable! It’s amazing.”

And what can fans look forward to in the FOX TV show’s final season? Taylor says:

There was, and it will make it in – the monocle. I wanted to make sure that when we tell that story, that it’s not just some affectation. It’ s not just some weird stylistic choice.”

The fifth and final season of Gotham premieres on FOX on January 3rd at 8 p.m. ET/PT.

Robin Lloyd Taylor is my favorite Penguin. He is really likable and exciting. I will miss him after this season.