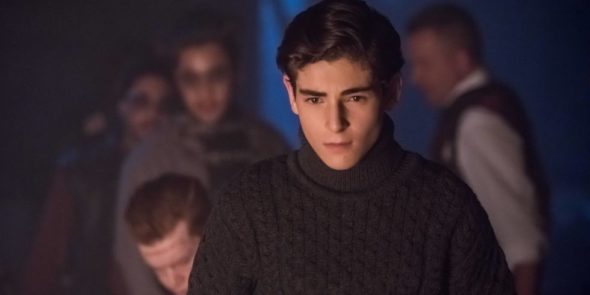 Has the Dark Knight finally arrived? FOX just released a new poster for the upcoming series finale of Gotham.

The season five and series finale of Gotham premieres on FOX on April 25th at 8 p.m. ET/PT.

Take a first look and read more details about the penultimate episode, “They Did What?,” below: 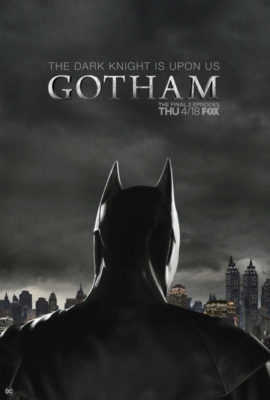 GORDON TURNS TO FORMER ENEMIES FOR HELP ON AN ALL-NEW “GOTHAM” THURSDAY, APRIL 18, ON FOX

As Bane (guest star Shane West) enacts his final plan for Gotham’s destruction, Gordon rallies his former enemies to save the city. Meanwhile, Nyssa al Ghul (guest star Jaime Murray) kidnaps Barbara’s newborn daughter, with ambitions to raise her as her own. Then, Bruce’s decision to leave Gotham points him to his destiny, while devastating Selina in the all-new “They Did What?” episode of GOTHAM airing Thursday, April 18 (8:00-9:00 PM ET/PT) on FOX. (GTH-509) (TV-14 L, V)

What do you think? Do you watch Gotham? Are you looking forward to the finale?

Its my favorite tv show! Been watching all the episodes from the begining.