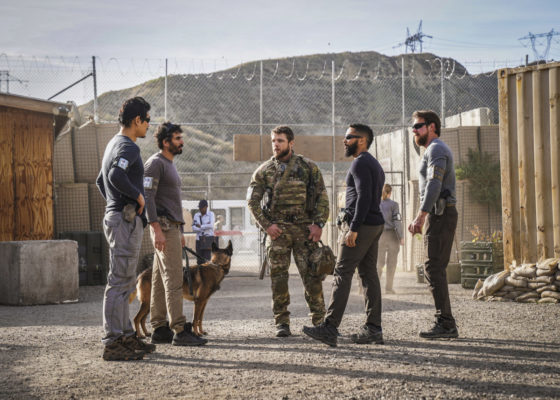 The SEAL Team is sticking together. CBS just announced the TV show will return for a fourth season in the 2020-21 broadcast season.

The SEAL Team military drama centers on an exclusive Navy SEAL unit as they train for, plan, and risk their very lives to carry out perilous missions for the sake and honor of the U.S.A. The cast includes  David Boreanaz, Max Thieriot, Neil Brown Jr., AJ Buckley, Toni Trucks, Jessica Paré, and Judd Lormand, with Brock Reynolds, Trent Sawyer, and Naima Perry in recurring roles.

The third season of SEAL Team is averaging a 0.66 rating in the 18-49 demographic and 4.94 million viewers. Compared to season two, that’s down by 13% in the demo and down by 2% in viewership.

Even though ratings have declined for SEAL Team, the CBS series seems to have a steady fan base. The third season finale airs tonight.

What do you think? Are you a fan of the SEAL Team TV series? Will you watch season four on CBS?

Love seal team . We are alittle older for your target but we watch to show every week. Have been watching since the show started. So glad it has been renewed

Love this programme. As I’m a military veteran.
Keep it going please.

I am absolutely thrilled that the team is coming back! I love this show & it hits home for me!! These guys make the BEST TEAM! Please keep it up cuz I’m excited as hell!!

Yes I’m a fan of this show.

I can’t wait for SEAL TEAM to come back. There needs to be a lot more episopdes on one season.

Love Seal Team,
I know some of those guys are ex seals and I enjoy watching
Thank u great show