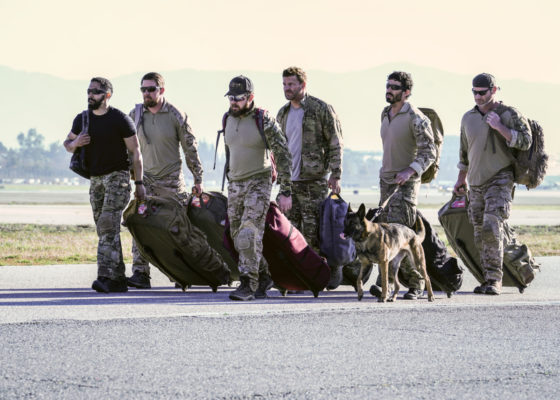 The Bravo team members will continue to put their lives on the line during the 2019-20 television season. CBS has renewed the SEAL Team TV show for a third season.

Charlie Mike. #SEALTeam has officially been renewed for Season 3! pic.twitter.com/AYUOJaqHUC

What do you think? Do you enjoy the SEAL Team TV show? Will you be watching season three of this CBS drama series?

I love Seal Team, The Cast This Show I Never MISS A EPISODE!!!!PLEASE DON’T CANCEL THIS GREAT SHOW. AND TO THE CAST AND CREW AND PRODUCERS AND WRITERS KEEP UP THE GOOD WORK. THANK YOU SO MUCH FOR GIVING US GREAT TV!!!!!

So happy to hear that Seal Team has been renewed for a 3rd season. My favorite show & am hoping to see a season 4. Please don’t split the team up.

My wife and I watch seal Team every week. The cast is amazing, as well as the story each episode. Please keep it for a season four.

This show is so dynamic with excellent characters and the writers are top notch. It is relevant and reliably fascinating to watch. PLEASE DO NOT CANCEL!

Yes i will be watching,its my best tv show

Please continue the it is a great show

Seal Team gave us a gritty depiction of what our soldiers sacrifice. Please keep this show that is a well written, show well worth watching.

I love Seal Team and never missed an episode. I sincerely hope it is renewed. Well done depiction of our military heroes in action

Please bring Seal Team back. We have watched every episode and can’t wait for each week’s show.

Please keep this very interesting show which includes many of our real veterans. I hope it keeps on going in 2020. I can’t imagine folks not supporting such a great endeavor in respect for our service men. Love it.

Bring it Back !!!!! My 87 yr old father and I watch and wait in anticipation for the next episode !!!! Absolutely Love this Show !!

Season 3 is a huge disappointment. It’s an exact replica of Season 1.

Enjoy it very much but feel like it ended with out a season finale this year.