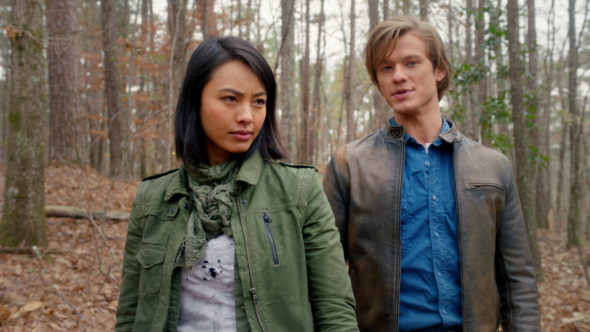 The adventures of MacGyver will continue. CBS just announced they’ve renewed the TV show for a fourth season.

It’s hardly surprising CBS has renewed MacGyver. Although ratings have dropped around 15% since season two, the show’s third season is still averaging a decent .70 in the 18-49 demo and 6.137 million viewers.

What do you think? Do you watch MacGyver? Are you glad it’s coming back?

I agree with you Colleen. I keep watching for it to start. It is one of the few TV shows that are clean enough to watch. Jack liked chasing women and making sexual remarks, but he’s gone now. I liked him and MacGyver as a team and would like to see him back if they keep the sexual stuff out of the script.

BYW Colleen, did you grow up in Central NC, and did you have a sister named Brenda? I will be writing to you on Yahoo soon, so check for an email from me.