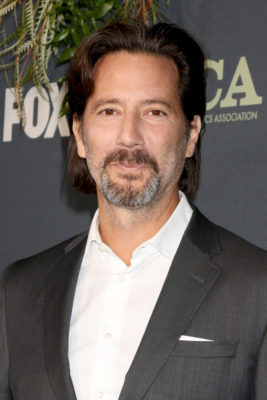 A reboot of the ’80s action drama, the series centers on Angus “Mac” MacGyver (Lucas Till), a 20-something adventurer who uses his vast scientific knowledge and an extraordinary talent for unconventional problem solving to save the world. The cast also includes Tristin Mays, Justin Hires, and Meredith Eaton.

On MacGyver, Cusick will be playing “Russ, a lead opposite Lucas Till’s MacGyver. Russ is handsome and quick-witted Oxford-educated ex-military who is a master manipulator and salesman — skilled in propaganda and lie detection with an extremely high emotional intelligence.”

Season four of MacGyver is expected to debut on CBS midseason 2019-20.

What do you think? Are you a fan of MacGyver? Are you excited for season four?

I think Ian Cusick is what this show needed to change it up. I was getting bored with season three and wondered if it would be cancelled. My wife stopped watching it all together. Now that Cusick has added some spice to the cast my wife is interested in the show once again. He is sexy and the kind of man women are attracted to as a rule. Those are her words not mine.
We hope the show has another season to prove itself.

i watch alot of t.v. 11 shows to be exact and Macguyver was at the top 3 of the list Henry Ian Cusick has ruined the show Macgyver is no longer one of my top 3 shows it has dropped to number 9 that was a horrible decision to add him to the show

I love MacGyver I am so glad he is coming back it is one of my favorite shows. I was worried when I seen he was an on Friday with Hawaii Five-0 and bluebloods and that is fine just as long as he comes back. If there’s anyway you could tell me the date that he would be coming on I would appreciate it I am 72 years old and I write down my schedule program so I don’t miss them thank you and have a great