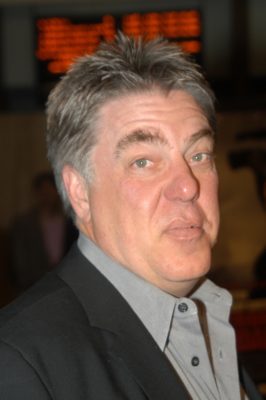 A familiar face is coming to MacGyver. Deadline reports original series star Bruce McGill will guest on season two of the CBS reboot.

On the new MacGyver, McGill will be playing “Detective Greer, a seasoned LAPD veteran who reads MacGyver his Miranda Rights for a murder.” McGill’s episode of the CBS series will air on December 15th.

I was happy to make a guest appearance on MacGyver. It’s unusual for an actor to be on the original series and then, 30 years later, be on a newer version. The cast and producers were warm and embracing, and I enjoyed being a part of the new show.”

What do you think? Are you a fan of MacGyver? How does the reboot compare to the original?

I love Macgyver. The Friday lineup keeps me watching from 8-11. Sad to see it cancelled. Suspenseful and fun. Love characters and multiracial cast.

Yes I am a fan of the reboot Macgyver and I hope it continues on for future seasons..
Kevin Daniels
Lakewood OH

Watched all of the the old MacGyvers. New one doesn’t compare to the old one. I watched the first ep and didn’t like it

I love MacGyver. I never saw the original but love this series. I love George Eaves.

Didn’t watch the original, though I love Richard Dean Anderson. However, this reboot is great fun. So much fun to see George Eads have such a humorous character after being on the dark CSI Vegas (where he was the resident hottie there also).

I love the MacGyver reboot as well

Dennis Chun was in the original Hawaii Five-O in 1974 and also in the reboot starting in 2017.