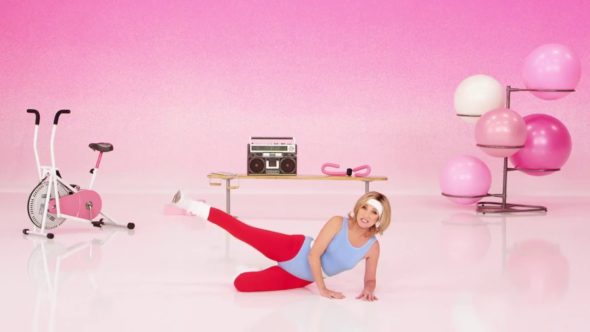 Will there be another season of Let’s Get Physical? Recently, Pop boss Brad Schwartz spoke with Deadline about the future of the TV show.

When asked if Let’s Get Physical will be returning, Schwartz told Deadline the “ship has sailed” for a second season:

I think that ship has sailed. It was such a good idea, it was such a good pitch and it felt like the movie Dodgeball for TV, which again, was just joyous and happy and fun. The cast, as you know, was amazing. It was Matt Jones and Chris Diamantopoulos and AnnaLynne McCord and Jane Seymour. The cast was phenomenal, the writing was great, and it didn’t execute well. But hey, you’re not going to bat a thousand.”

What do you think? Did you ever see Let’s Get Physical? Would you watch a second season?

Show was awesome. I never heard of it and just watched it with the wife… we were both disappointed there wasnt a season 2. I blame a lack of fans to a lack of marketing.

Let’s Get Physical was a really good show, it was funny and well cast, but it needed to be on a more prominent network with better backing.

I loved this show. With Schitt’s Creek ending and POP cancelling Lets Get Physical and Hollywood Darlings, what other shows are even on this channel? Stupid move.

I actually just stumbled upon this show tonight. Both my husband and I are fast fans. It’s disappointing to know there isn’t another season.

My wife and I loved this show. Sad no season 2

Loved this funny show!!! too bad no season 2:( Been checking for it.

I never missed a show, when Let’s Get Physical was on I watched. Sad to hear once again a show I enjoyed will not be picked up for a new season. Great cast, great show:-(