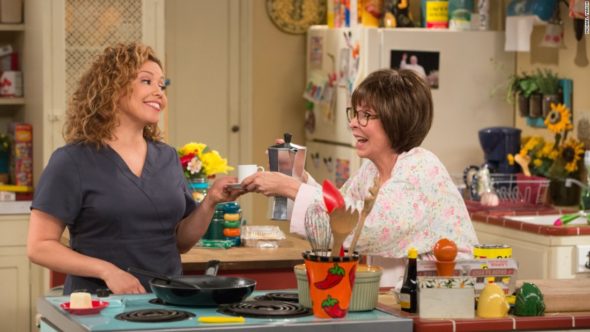 Are you thrilled about One Day at a Time? Check out the cast and creators’ reactions to the TV show’s season four renewal below.

As reported earlier, Pop TV has picked up the cancelled series for a fourth season. The show, which follows multiple generations of a Cuban-American family, was cancelled by Netflix a few months ago. The cast includes Justina Machado, Rita Moreno, Isabella Gomez, Marcel Ruiz, Todd Grinnell, and Stephen Tobolowsky.

Per Deadline, One Day at a Time creator Gloria Calderon Kellett teased season four, saying Pop wants to keep the show the way it was:

It’s a lower budget, we all made sacrifices, we all came up with compromises in order to keep the show going but nothing to prevent us from making the show that we wanted to make. That’s one of the things about Pop that made it really exciting for us -they made very clear that they wanted to keep making the show we want to make; that’s all you want to hear as a creator.”

#SAVEODAAT is old news…#MoreODAAT is more like it!! Thank you @PopTV #ODAAT @OneDayAtATime we're backkkk!!

And they say miracles don’t happen. From what I know … it took a village. A lot of us who work on this show and love it. And all of you who have loved this show and MADE IT HAPPEN.

What do you think? Are you a fan of One Day at a Time? Will you watch the new season on Pop?