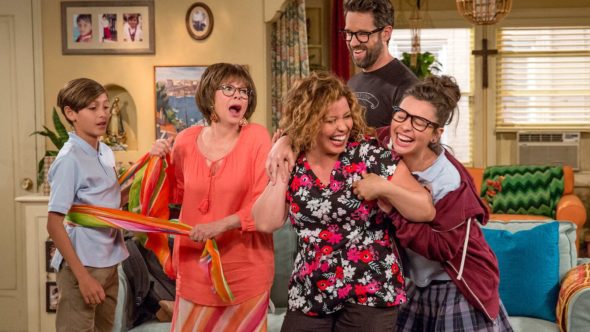 One Day at a Time just can’t seem to catch a break. Pop has cancelled the comedy TV show after a shortened fourth season but there’s a chance there could still be a fifth season.

A reboot of the 1970s CBS series from Norman Lear, Whitney Blake, and Allan Manings, the reboot comes from Gloria Calderón Kellett and Mike Royce. It centers on Cuban-American Penelope Riera Alverez (Justina Machado). This US Army veteran and divorced mother is just trying to balance work and her social life while raising her kids, Elena (Isabella Gomez) and Alex (Marcel Ruiz). Thankfully, she has the support of her Cuban mother, Lydia Riera (Rita Moreno), her boss, Dr. Leslie Berkowitz (Stephen Tobolowsky), and landlord Pat Schneider (Todd Grinnell).

Word is that Sony Pictures Television, which produces the show, will once again seek out a new home for One Day at a Time. It may be a difficult sell given that Netflix likely still has an exclusive on the first three seasons.

Here are some reactions from the cast and creative team:

Sadly, the news is out.

I'm not sad just yet, y'all. We still have some hope for new homes. Hang tight, my loves. You know that if I go down, I will go down swinging for this show (& cast & crew) I love. @OneDayAtATime #MoreODAAT #RepresentationMattershttps://t.co/fUIViCI0jl

Much has changed at Viacom in the last year and unfortunately we won't be on Pop anymore. Thanks to everybody over there for the opportunity to do season 4.

And guess what? We're still trying for season 5.

What if #ODAAT was the first show ever on 3 networks? https://t.co/d8sJqQlTjs pic.twitter.com/MkgfBDNyuL

What do you think? Are you a fan of One Day at a Time? Would you watch a fifth season on another channel?

not really a surprise, it lost viewers on its first network, lost even more on pop, let this show go already, it wasnt that good anyway, wont be missed

Hell Yes, I would watch it on another channel. I truly remember the original series and the new one. The writer manages to make the new series come alive on its own.

I tried to watch season 3 on CBS. I did not find it funny at all – even though the intrusive canned laughter told me when I was supposed to laugh. I muted the sound and read the subtitles. It was okay – somewhat sweet, but definitely not funny every minute or two. If a program tells you what’s funny, and it really isn’t, then you know it’s fake. A program can be charming and uplifting. Let the viewer decide when to laugh.

Original programming was awesome funny not same style from 48 years old been around too old show glad it over now.