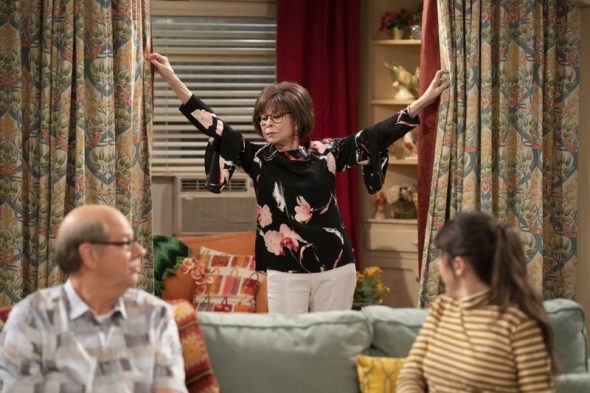 One Day at a Time fans are in for something special. Pop just announced the TV show’s fourth season will feature an animated episode.

Based on the Norman Lear series, the sitcom centers on Cuban-American Penelope Riera Alverez (Justina Machado). This US Army veteran and divorced mother is just trying to balance work and her social life while raising her kids, Elena (Isabella Gomez) and Alex (Marcel Ruiz). The cast also includes Rita Moreno, Todd Grinnell, and Stephen Tobolowsky.

One Day at a Time co-showrunner Gloria Calderón Kellett thought of doing an animated special because the show’s fourth season had to shut down production due to the ongoing COVID-19 crisis. The special episode will premiere later this spring. The series’ mid-season finale airs on Pop tonight, April 28th, at 9:30 p.m. ET/PT.

LOS ANGELES – APRIL, 28 2020 – Pop TV today announced a first of its kind “One Day at a Time” animated special. “In my 97 years, I’ve never known of a multicam comedy to animate a single episode as a special. Even this I get to experience,” remarked legendary producer Norman Lear. The critically acclaimed Sony Pictures Television series premiered in March and has grown its ratings week-over-week, setting a new season high with its fourth episode on April 14th .

In response to COVID-19, production was put on hold so executive producer and co-showrunner Gloria Calderón Kellett landed on the idea of an animated special. Production will be completed remotely and will premiere later this spring. The mid-season finale of ONE DAY AT A TIME airs tonight at 9:30PM ET/PT on Pop TV and will simulcast on TV Land.

The ONE DAY AT A TIME animated special centers around Penelope’s conservative family visiting. Penelope dreads that with the election coming up, they won’t be able to avoid fighting over politics. The Alvarez family spends the episode discussing strategies of how to get through it, illustrated through fantasy sequences. Jonas Diamond, Executive Producer and Co-Owner of Smiley Guy Studios in Toronto will be overseeing the animation. The cast will all voice their own characters and will be joined by celebrity guests to be announced at a later date.

“As we all know, it’s hard to keep ONE DAY AT A TIME off the air. During this unprecedented time, we wanted to find a way to keep our family – on camera and behind the scenes – together and create more entertaining content for our fans who are self-distancing at home,” said Kellett. “This animated special gives us an exciting opportunity to imagine the Alvarez family in a colorful new way while continuing to tell important and relevant stories.”

What do you think? Are you a fan of One Day at a Time? Are you excited for the animated episode?