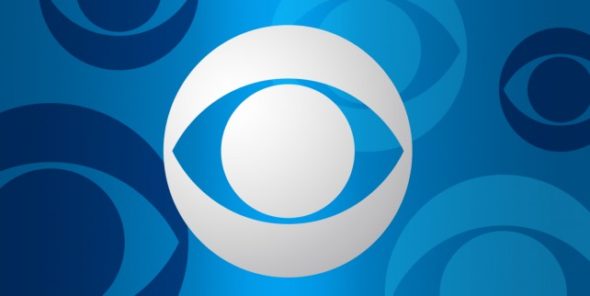 In May, CBS announced their plans for the upcoming Fall 2020 primetime schedule. Given the challenges of producing programming in the time of COVID-19, it seemed more than a little optimistic that the network would be able to deliver a regular schedule of programming at the start of the season.

The launches of acquired series are Manhunt (season two, September 21st), One Day at a Time (season four, October 12th), and Star Trek: Discovery (season one, September 24th). The first episode of the latter show previously aired on CBS in 2017.

In addition, CBS revealed that season 22 of Big Brother will wrap on October 28th and season two of Love Island will finish on September 29th.

CBS previously announced that new seasons of All Rise, B Positive, Blue Bloods, Bob ♥ Abishola, Bull, The Equalizer, Evil, FBI, FBI: Most Wanted, MacGyver, Magnum PI, Mom, NCIS, NCIS: Los Angeles, NCIS: New Orleans, The Neighborhood, SEAL Team, SWAT, The Unicorn, and Young Sheldon would debut this fall. According to the network, some of these shows may launch as soon as November, obviously depending on if the cast and crew are able to film safely. Watch our CBS status sheet for updates or sign up for an email alert.

The Critically Acclaimed Comedy “One Day at a Time” Makes Its Network Debut Monday, Oct. 12 with Back-to-Back Episodes, from 9:00-10:00 PM

Based on Current Production Timelines, New and Returning Primetime Series Could Begin Airing in November

CBS announced today a slate of upcoming program premieres for September and October. The series include a mix of original news and alternative programming, and two scripted dramas and one comedy series making their broadcast network debuts.

“This is hardly a traditional fall season, but we are prepared with a strong slate of original content while our regular scripted series begin production,” said Kelly Kahl, President, CBS Entertainment. “Based on our current timeline, we hope to start rolling out our previously announced fall series as they become available in November.”

The broadcast premiere of the drama MANHUNT: DEADLY GAMES* from Lionsgate and Spectrum Originals will debut Monday, Sept. 21 (10:00-11:00 PM, ET/PT). The scripted true crime anthology series, starring Cameron Britton, Jack Huston and Carla Gugino, chronicles one of the largest and most complex manhunts on U.S. soil following the deadly terrorist attack at the 1996 Olympic Games in Atlanta.

The critically acclaimed comedy ONE DAY AT A TIME* from Pop and Sony Pictures Television debuts on network television with all episodes from its fourth season beginning with back-to-back episodes on Monday, Oct 12 (9:00-10:00 PM ET/PT). The award-winning series inspired by Emmy winner Norman Lear’s 1975 show of the same name, starring Screen Actors Guild Award winner Justina Machado, tells the story of the Cuban American Alvarez family.

Additional programming for September and October will be announced at a later date.

*The inaugural season of STAR TREK: DISCOVERY premiered Sept. 24, 2017 on CBS All Access, with a special first episode debut the same night on the CBS Television Network.

*The fourth season of ONE DAY AT A TIME premiered on Pop March 24.

What do you think? Which new or returning CBS TV shows do you plan to watch in September and/or October?

please don’t take off this show. You could like Bull. Dont like. The rest of them I love

Bad programs you took the one I
Liked off and i have to pay extra to
See…… No no I will not watch at all.
Greedy, you lost long time viewer.
The Good Fight should have stayed on
Regular TV.

THE AMAZING RACE is just that … AMAZING! It’s always been my favorite show & I can’t wait for it to start. And I’m happy that it’s not on following 60 minutes on Sunday.
If you have to tape it you miss the ending because of any sports that play over & then they don’t cut 60 minutes short…. they just let you NOT see the whole Amazing Race program. We can’t afford to travel so this is a nice taste of places!

Can’t wait for TAR. This season was filmed in *2018* so whoever ended up winning has been waiting a long time for their prize lol. Guess we’d better enjoy the heck out of it though, because who knows when conditions will allow the interrupted season to continue filming

Can’t wait to see the new season of All Rise. Great writing, great acting, love repartee between the characters