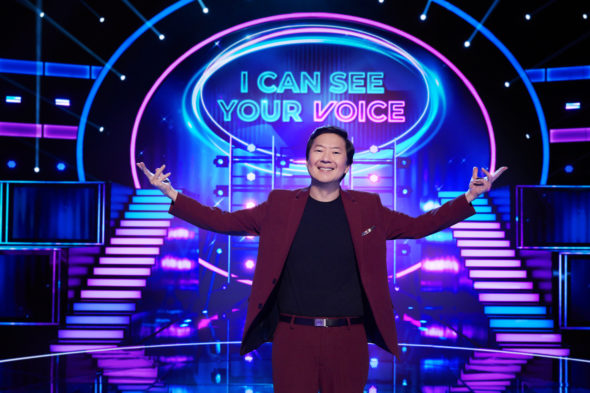 The folks at FOX have been hard at work producing original programming for September. The network has announced that the fourth season of The Masked Singer will preview on Sunday, September 13th. It will begin airing regularly on Wednesday, September 23rd, paired with new competition series I Can See Your Voice which is hosted by Singer judge Ken Jeong.

MasterChef Junior, which was supposed to air on Wednesday nights this fall, has been delayed and will air later in the season. Check out the updated network schedule.

FOX FAST-TRACKS ALL-NEW UNSCRIPTED SERIES “I CAN SEE YOUR VOICE,” HOSTED BY KEN JEONG, TO JOIN TELEVISION’S #1 SHOW, “THE MASKED SINGER,” FOR A CAN’T-MISS NIGHT OF MUSIC, GUESSING AND FAMILY FUN, BEGINNING WEDNESDAY, SEPTEMBER 23, ON FOX

FOX has fast-tracked the all-new music guessing game unscripted series I CAN SEE YOUR VOICE, hosted and executive-produced by comedian, actor and THE MASKED SINGER panelist Ken Jeong. For a night of event television, the series will debut Wednesday, Sept. 23 (9:00-10:00 PM ET/PT), following the Season Four premiere of television’s #1 show, THE MASKED SINGER (8:00-9:00 PM ET/PT), on FOX. Offering viewers a first look at the hit’s all-new season, a special Sneak Peek episode of THE MASKED SINGER will air Sunday, Sept. 13 (8:00-9:00 PM ET/5:00-6:00 PM PT live to all time zones), following the first NFL double-header of the season.

“Safely filming I CAN SEE YOUR VOICE this summer was a win in itself, but when we saw the pure magic of the show and felt the palpable suspense in the room before that first note hit, we knew we had to share it with audiences this season,” said Rob Wade, President, Alternative Entertainment & Specials, FOX Entertainment. “It’s no secret that viewers need a little fun and escape now and, as a companion to an all-new season of THE MASKED SINGER, this will be a fantastic night of family entertainment – and a fantastic night of Ken Jeong!”

I CAN SEE YOUR VOICE features Emmy(R)-nominated actress Cheryl Hines and Daytime Emmy(R) Award-winning television host and vocalist Adrienne Bailon-Houghton, as they join Jeong, a rotating panel of celebrity detectives, comprised of comedians and pop culture experts, and a musical superstar to help one contestant tell the difference between good and bad singers, without ever hearing them sing a note. With $100,000 on the line, the contestant will attempt to weed out the bad “Secret Voices” from the good, based on a series of clues, interrogation, and lip synch challenges. In the end, the singer whom the contestant picks will reveal if they are good or bad in a duet performance with the musical superstar, resulting in an amazing musical collaboration or a totally hilarious train wreck.

Embarking on its fourth season, Emmy Award-nominated THE MASKED SINGER is the #1 show on television, drawing a massive audience of nearly 24 million viewers in its post-Super Bowl Season Three premiere. The singing competition series is hosted by Nick Cannon and features panelists Ken Jeong, Jenny McCarthy, Nicole Scherzinger and Robin Thicke. The Season Four celebrity contestants combined have sold more than 281 million records worldwide, appeared in more than 5,475 episodes of television and 151 films, appeared in five Super Bowls, have four stars on the Hollywood Walk of Fame, and one Time 100 Most Influential persons.

I CAN SEE YOUR VOICE is produced by FOX Alternative Entertainment. James McKinlay, Craig Plestis and Ken Jeong serve as executive producers. The series is based on a South Korean format from CJ ENM.

FOX fall premieres of new and returning series are listed below in chronological order (all times are ET/PT):

FOX FALL 2020 PREMIERES (All Times ET/PT, except where noted)

What do you think? Do you plan to watch either of these voice competition series this fall on FOX? Are you looking forward to the future return of MasterChef Junior?