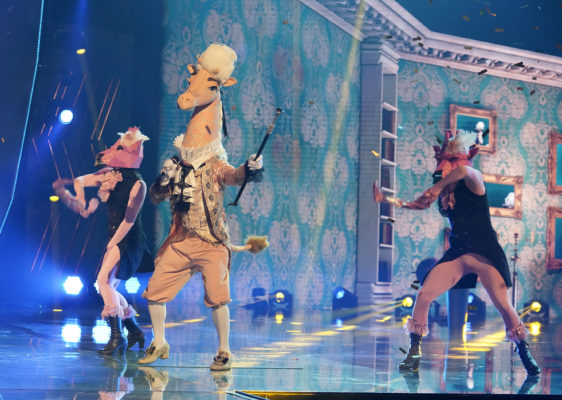 A FOX costumed singing competition, The Masked Singer is hosted by Nick Cannon and features panelists Jenny McCarthy, Nicole Scherzinger, Ken Jeong, and Robin Thicke. The show features celebrities facing off against one another with one major twist — each singer is covered from head to toe in an elaborate costume, complete with a full face mask to conceal his or her identity. With each performance, the host, panelists, audience, viewers and even the other contestants are left guessing who is singing behind the mask. The costumed characters in season four include Baby Alien, Broccoli, Crocodile, Dragon, Giraffe, Gremlin, Jellyfish, Lips, Mushroom, Popcorn, Seahorse, Serpent, Snow Owls, Squiggly Monster, Sun, and Whatchamacallit.

What do you think? Which season four episodes of The Masked Singer TV series do you rate as wonderful, terrible, or somewhere between? Do you think that The Masked Singer should be cancelled or renewed for a fifth season on FOX? Don’t forget to vote, and share your thoughts, below.

*12/3/20 update: The Masked Singer has been renewed for a fifth season on FOX.

I didn’t think I would like this show but I do. I don’t know most of the stars but I LOVE the costumes.

I didn’t think I would like this show but I do. I don’t know have of the stars but it is fun to watch. Different the other show and LOVE the costumes.

I think this show is horrible! Who wants to be guessing who singing behind a mask. Come on do better

How can anyone still watch this show? There needs to be a major change made before it’s worth watching again.

I love watching the Masked Singer with my family, and trying to guess who under there. The judges are amazing especially Dr. Ken

Didn’t watch it, it seemed kind of silly & kind of like a circus.

You need to watch it, it’s really good. You have to figure who’s singing, there are some amazing singers and occasionally a not so amazing. But it’s a definite watch. Relax enjoy the music and the laughs

The Masked Singers is a real winner.