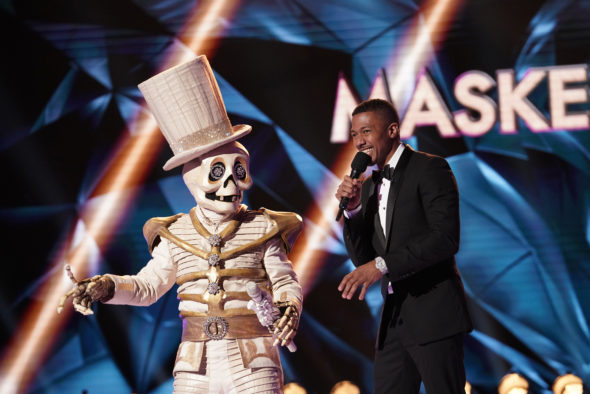 Will the second season of FOX’s The Masked Singer TV show hit new high notes? As we all know, the Nielsen ratings typically play a big role in determining whether a TV show like The Masked Singer is cancelled or renewed for season three. Unfortunately, most of us do not live in Nielsen households. Because many viewers feel frustration when their viewing habits and opinions aren’t considered, we invite you to rate all of the season two episodes of The Masked Singer for us here.

A FOX singing competition series with a twist, The Masked Singer is hosted by Nick Cannon and features panelists Jenny McCarthy, Nicole Scherzinger, Ken Jeong, and Robin Thicke. The show features celebrities facing off against one another with one major twist — each singer is covered from head to toe in an elaborate costume, complete with a full face mask to conceal his or her identity. With each performance, the host, panelists, audience, viewers and even the other contestants are left guessing who is singing behind the mask. The costumed characters in season two include Black Widow Spider, Butterfly, Christmas Tree, Eagle, Egg, Flamingo, Fox, Ice Cream, Leopard, Panda, Penguin, Rose, Rottweiler, Skeleton, and Thingamajig.

What do you think? Which season two episodes of The Masked Singer TV series do you rate as wonderful, terrible, or somewhere between? Are you glad that FOX has renewed The Masked Singer for a third season? Don’t forget to vote, and share your thoughts, below.

Seal Team is my favorite show. Why put it up against the Chicago shows? Love Jason and Sonny. Please don’t cancel it. Just move it and give it a chance, please!