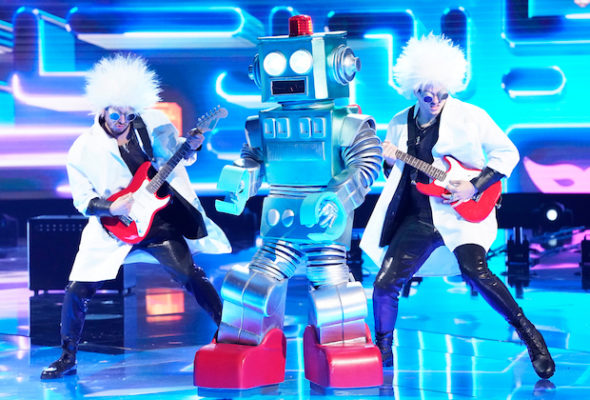 The Masked Singer isn’t going away anytime soon. It’s been revealed that FOX has ordered a fourth season of the TV show for the 2020-21 season.

The hit competition series features celebrities facing off against one another with one major twist — each singer is covered from head to toe in an elaborate costume, complete with a full face mask to conceal his or her identity. Nick Cannon hosts with panelists Jenny McCarthy, Nicole Scherzinger, Ken Jeong, and Robin Thicke at the judging table.

The fourth season renewal was revealed in a Fox earnings call for investors earlier today. In the call, Fox CEO Lachlan Murdoch said that the hope was for season four production to begin in August with a Fall 2020 launch as the goal.

No mention was made of plans for a fifth season but the network aired two cycles during the current 2019-20 season. Both were very successful in the ratings so it seems likely that FOX will want to produce two cycles for 2020-21 as long as conditions allow.

Airing on Wednesday nights, the third season of The Masked Singer averages a 2.49 rating in the 18-49 demographic and 8.82 million overall viewers. Compared to season two, that’s up by 23% in the demo and up by 25% in viewership. That makes The Masked Singer FOX‘s top-rated series for the 2019-20 season. The finale airs May 20th.

What do you think? Do you watch The Masked Singer on FOX? Will you watch the fourth season when it airs?

I love the Masked Singer, can’t wait for season 4!!

I love the Masked Singer. It is a great entertaining family show. I love Nick Cannon. Was so disappointed when he wasn’t hosting AGT. Love the judges. They are all great. Dr. Ken is hysterical!!

The Masked Singer is an awesome show!! Definitely keep the seasons rolling!!!!!!!!!!