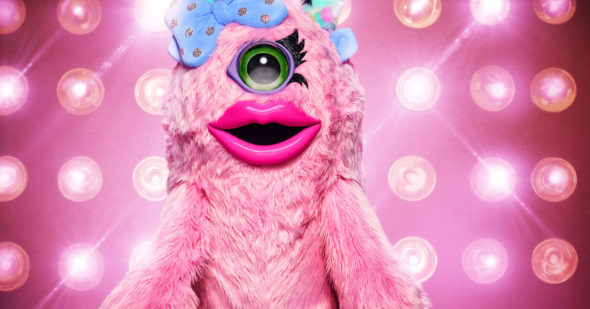 Get ready to guess even more about who is under that mask in 2020! FOX has ordered The Masked Dancer, which is a spin-off of The Masked Singer. The network approached Ellen Degeneres after she had two masked celebrities dance for the audience on her daytime talk show because they liked what they saw!

Ellen Degeneres serves as executing producer of the new series. FOX revealed more about the new series in a press release. Check that out below.

FOX is partnering with Emmy Award-winning talk show host Ellen DeGeneres to produce THE MASKED DANCER, a new celebrity competition show based on the smash hit FOX series THE MASKED SINGER and inspired by a popular segment featured on The Ellen Show.

In this all-new format, celebrity contestants will perform unique dances, while covered from head-to-toe in elaborate costumes and face masks, leaving audiences to guess their identities. A nod to THE MASKED SINGER, the guessing game was introduced on “The Ellen Show,” with celebrities such as Howie Mandel, Sean Hayes, Derek Hough and THE MASKED SINGER’s own panelist, Ken Jeong.

“We’re still blown away by THE MASKED SINGER’s massive impact on pop culture, but when Ellen debuted her own inventive segment, “The Masked Dancer,” on her show, we were truly amazed,” said Rob Wade, President, Alternative Entertainment & Specials, FOX Entertainment. “We are thrilled to partner with Ellen on this new format and take THE MASKED DANCER to a whole new creative level.”

“This is gonna be just as fun and suspenseful as THE MASKED SINGER, but with a lot more Krumping,” DeGeneres said. “And I cannot wait!”

A premiere date for The Masked Dancer was not revealed. A new season of The Masked Singer arrives on February 2.

What do you think? Are you excited for the return of The Masked Singer? Will you watch The Masked Dancer?

Typo before. Meant to write Masked Dancer. Looking forward to it almost as much as Masked Singer. Hope it is on Fox too and not streaming. I don’t do streaming. Can’t afford it but love music almost any way shape or form! Good idea Rllen.

Looking forward to Masked Singer. Love it and know I will love Masked singer. Hope it is on Fox as well. Network not streaming.