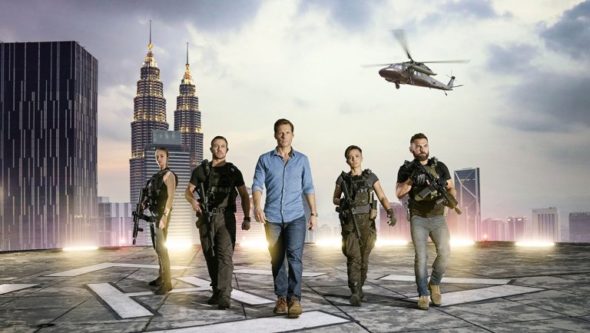 Get ready for the final season of Strike Back! The series will return for its seventh season (its eighth season, if you count the prequel season) on Cinemax in February. The cast of the series includes Warren Brown, Daniel MacPherson, Alin Sumarwata, Jamie Bamber and Yasemin Allen. Alec Secareanu and Ivana Milicevic are joining the series for its last season.

Per a press release from Cinemax, the series follows “Section 20, an elite, multinational, covert special ops team, as it spans the globe fighting a vast web of interconnected criminal and terrorist activity.”

Strike Back returns with brand new episodes on February 14 at 10pm. Check out a poster and trailer for the final season below.

What do you think? Are you excited for the return of Strike Back? 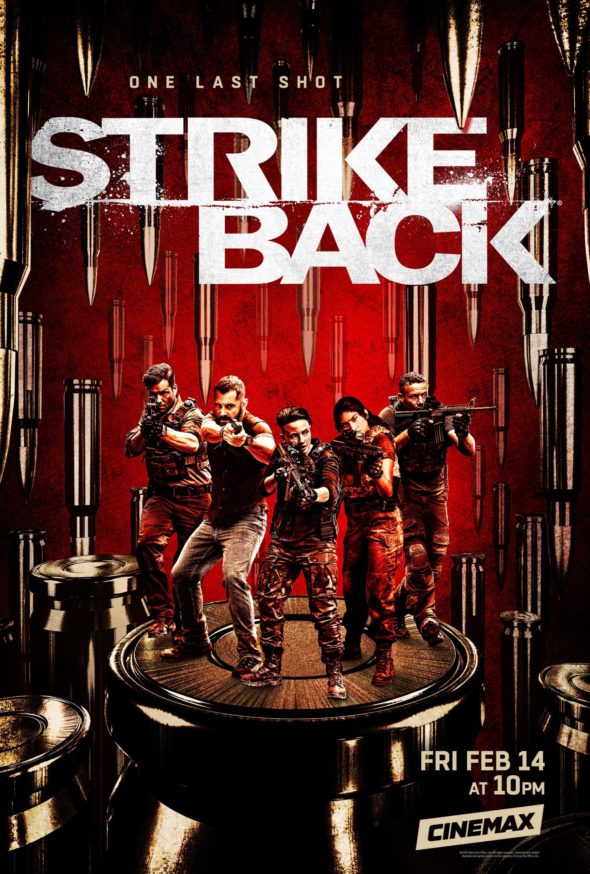 I love this show, all of the seasons . I hope it will continue beyond season 8 .

We are so happy! Combine both teams across the seasons and you have a sure hit!

I absolutely love this show. Had to binge the past seasons this week!

Very excited. One of the best tv action series ever. Seal Team seems to be in limbo, another great well produced series that is macho/action adventure with enough self-deprecating humor to keep it real. Can anyone recommend something they’ve found that can compare to these two? Let me know.

the unit was pretty good

I’ve watched Strike Back from the beginning and fell in love with the show even when the line up changed. I kept Cinemax just so I could watch it. The show deserves to keep putting out season after season. It’s one of the best shows on paid tv! Even though Cinemax should keep on producing seasons of the show for years to come “if they were smart” but if Cinemax does drops it, I think Netflix would be wise to pick it up! And Banshee was just as good but it did not last nearly long enough either.

If you ask me every Season has been great so far even with different actors. I do think Winchester, and Sullivan had better chemistry though.
I’m sad this will be the last Season, but maybe Netflix or someone will snap it up. Its limited success in the U.S.A. is purely from being on Cinemax in my opinion. Not sure how popular it is in the U.K. or Australia?

Loved the show, although honestly I think that Banshee was better. Bring them both back!!!

I absolutely love this series. It was the best action series on TV until the stars got unloaded. The new version is still good but the acting did take a step down.