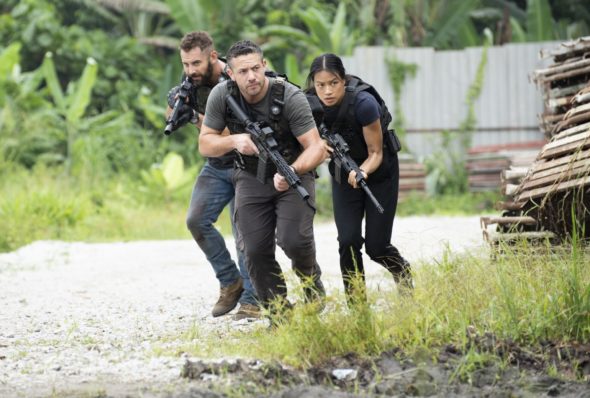 The Strike Back TV series is ending (again). Cinemax has announced that the action drama has been renewed for a final season. Fans of the series no doubt remember that the show previously had a “final season” in 2015 but was revived in 2018.

Cinemax has renewed Strike Back for what they are calling its seventh season. This will actually be the show’s eighth season overall. When Cinemax picked up the UK series in 2011, they opted to skip the first season of six episodes. They later aired those episodes, in 2013, billed as a prequel series called Strike Back: Origins.

Here’s the press release from Cinemax about the renewal and final season.

CINEMAX has renewed the action series STRIKE BACK for a seventh and final season, it was announced today by Kary Antholis, president, HBO Miniseries and CINEMAX Programming. Currently debuting episodes Friday nights (10:00–11:00 p.m. ET/PT), with the sixth-season finale scheduled for March 29, the show follows the explosive escapades of Section 20, an elite, multinational, covert special ops team, as it spans the globe fighting a vast web of interconnected criminal and terrorist activity.

“STRIKE BACK established CINEMAX as a destination for adrenalized, entertaining action series nearly a decade ago,” noted Antholis. “It is with sincere gratitude for the service of all of the past and present members of Section 20 — both in front of and behind the camera — that we send the team of on one last mission to save the world from annihilation.”

Showrunner Jack Lothian adds, “I am delighted we’re coming back for a final season. STRIKE BACK is a show that’s always raised the bar for small-screen action, and we’re looking forward to doing that one last time. There are plenty of twists and turns ahead, but I can promise one thing — we’re going out with a bang.”

The next season will mark CINEMAX’s seventh, and UK co-producer Sky’s eighth, season in the STRIKE BACK franchise. CINEMAX began airing the series with Sky’s second season, and in 2013 presented Sky’s first season of the show as “Strike Back: Origins.”

The series is also available on MAX GO, CINEMAX On Demand and partners’ streaming platforms.

What do you think? Have you been watching the Strike Back TV show? Do you think it will be revived again someday?

I hope it is renewed