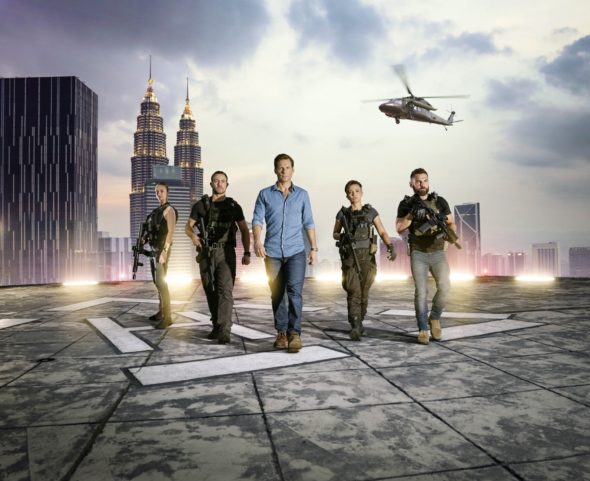 Can the soldiers of Section 20 still get it done? Is the Strike Back TV show cancelled or renewed for an eighth season on Cinemax? The television vulture is watching all the latest cancellation and renewal news, so this page is the place to track the status of Strike Back, season eight. Bookmark it, or subscribe for the latest updates. Remember, the television vulture is watching your shows. Are you?

The seventh season of Strike Back averaged a 0.02 rating in the 18-49 demographic and 107,000 viewers. Compared to season six, that’s up by 15% in the demo and down by 11% in viewership. Learn how Strike Back stacks up against the other Cinemax TV shows.

Will Strike Back be cancelled or renewed for season eight? The ratings were very low last year so I’m thinking that the numbers are so small that they aren’t that vital to this show’s survival. I suspect that Strike Back’s fate will be determined by other business factors. For now, I’ll keep an eye on the Nielsens and update this page with breaking news. Subscribe for free Strike Back cancellation or renewal alerts.

2/27/19 update: Cinemax has renewed Strike Back for an eighth and final season.

What do you think? Are you glad that the Strike Back TV show has been renewed for an eighth season? Are you sorry that this series is ending?

I loved the show and sad that it has ended.