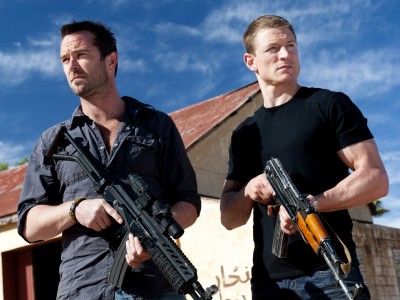 Bring back Strike Back or cancel Cinemax. Strike Back is the sole reason I subscribe to Cinemax, as it’s the best series since Dexter. HBO can’t make a decent series and Showtime is about to dump Ray Donovan , so I’ll be dropping my Showtime subscription soon. I’m hoping Cinemax will be smart enough to bring back Strike Back, so I don’t have to drop them and pick up Epix instead. Strike Back requires an IQ above 10 to understand what’s going on, unlike the other talentless crap being aired on the other premium channels

I feel the same way you do; I hope this series will comeback at some point in time.

Strike Back MUST NOT be cancelled! Please give us season 9 – great tv.

Loved it and hated to see the ride come to an end.

This was an amazing TV show from season 1 in 2010 till season 8 in 2020 it consistently great story-lines, amazing cast of actor & crew and never failed to deliver a good healthy dose of action, adventure, thrill & shock I am so sad to see it end but I thank you for entertaining us for a decade.

The original series was great, not so keen on these new series. They seem like overgrown school kids, more banks than story.

Love the show! Never miss it! It should be renewed for season nine! There are still a lot more terrorists to kill! LoL

Love the show just stop killing off the cast members.

Great show. I would love it to continue. Sooo entertaining!

The show has been resurrected and now working on their second season since the return.

nothing
Reply to  Dennis

Dennis
Reply to  nothing

And the show will go on !