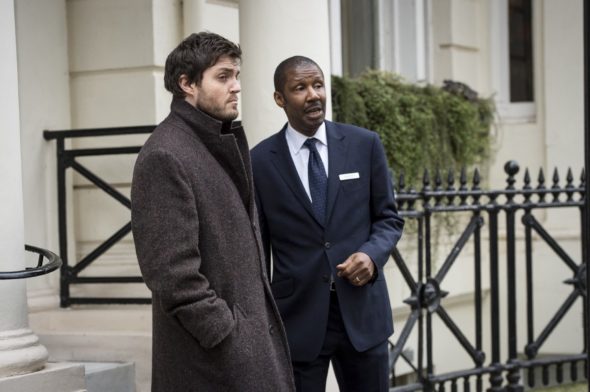 Will Comoran Strike stay on the case? Has the CB Strike TV show been cancelled or renewed for a second season on Cinemax? The television vulture is watching all the latest cancellation and renewal news, so this page is the place to track the status of CB Strike, season two. Bookmark it, or subscribe for the latest updates. Remember, the television vulture is watching your shows. Are you?

The first season of CB Strike averaged a 0.02 rating in the 18-49 demographic and 137,000 viewers. Learn how CB Strike stacks up against the other Cinemax TV shows.

The show has been billed as a mini-series so a second season isn’t expected but it’s always a possibility (ala Big Little Lies). I’ll update this page with breaking developments. Subscribe for free CB Strike cancellation or renewal alerts.

9/17/19 update: CB Strike has been renewed for a second season and Cinemax has confirmed they’ll air it.

What do you think? Are you glad that the CB Strike TV show has been renewed for season two?

I have thoroughly enjoyed the first season of C.B. Strike. The characters have depth and the series is able to explore their personalities. I especially enjoyed the evolving relationship between Cormoran and Robin, as well as the complex plots. I signed onto Cinemax just so I could see this series. I’ll be terribly disappointed if Cinamax doesn’t continue with “ Lethal White” and “Troubled Blood”. If they don’t come through, I’ll cancel my subscription in protest!!!

Read all the books first. Rarely does the screen adaptation compete much less exceed the written word! Characters depictions are exceptional! Love it! Please… another season!!!
PS. Would love to see Robin in that green dress!

This is a wonderful series. The protagonist, C.B. Strike, has such depth, his strengths and weaknesses so well portrayed that it’s hard to believe he’s a fictional character. I also appreciate the realism with which disabilities – physical and mental – are scripted and filmed.

i would love more cb strike! loved holiday grainger in the Borgias

This is a terrific show!!! Love the actors and their characters . Great adult entertainment. PLEASE do a season 2

Yes! I would love a Season 2 for CB Strike!

I heartily agree with “Reese’s” eloquent comments below. This should definitely be a continuing series. Great characters with wonderful chemistry and plots. PLEASEPLEASEPLEASE bring this back!!!!!!!!!

Very much liked this series. Hope that it will continue.

this is a great show . I hope we keep this show at least gives me something good to what , their is a lot of show that are not worth watching, Please return, loved all 3 seasons , and recored them and I still watch ,

I hope hope hope this show returns-one of the best shows in a very long time. The plots are riveting. The cast is amazing!!!

GREAT show! Top-notch plots, dialog and acting by the principals, with all the supporting roles also well done. This program is MUCH to good to die. If Ms. Rowling writes future books about these characters, I would hope someone (CineMax, ???) would reunite this team and share those stories with us.

Marlene A. Veazey
Reply to  Chris

I agree, I also loved the series and hope it continues for a long time.

I was absolutely enthralled by this production and I pray that the mini-series will become a long-lasting, maxi-series, gaining a life of its own as a genuine series production. The actors are perfectly cast and brilliant in their portrayals of Ms. Rowlings’ oh so interesting characters imbued with all of the interesting quirks and non-stereotypical, fascinating attributes and characteristics while the story lines and plots for each of the stories were very imaginative and fully satisfying. I genuinely hope to see this as a Series going forward at the very least produced by if not continued to be written by… Read more »