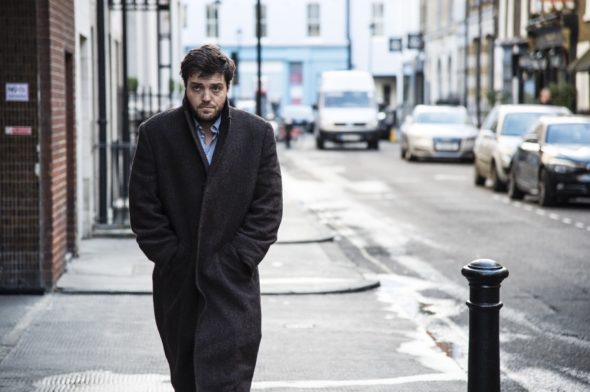 TV show description:
Based on JK Rowling’s Comoran Strike detective novel series, written under the pseudonym Robert Galbraith, the CB Strike TV show airs on BBC One under the title Strike. CB Strike began as mini-series, but future seasons are a possibility.

The crime drama centers on war veteran Comoran  “C.B.” Strike (Tom Burke). Once again a civilian, Strike now works as a private investigator, out of his Denmark Street office, in London.

His time in the military has left him damaged — both physically and psychologically. Still, Strike’s experience as a military police investigator has provided him with just the skills he needs to solve those crimes which have stymied law enforcement.

The first three episodes are based on The Cuckoo’s Calling, in which Strike, with help from his new assistant and protégé, Robin Ellacott (Holliday Grainger), investigates the death of Lula Landry (Elarica Johnson). Although an inquest concludes the supermodel committed suicide, her brother John Bristow (Leo Bill) enlist’s Strike’s help in getting to the truth.

The middle two episodes are based on the book, The Silkworm, while the final two episodes of the first season are adaptations of Career of Evil. For now, at least, additional seasons depend upon whether or not Rowling writes and publishes subsequent installments.

What do you think? Do you like the CB Strike TV series? Should this Cinemax TV show be cancelled or renewed for another season?

Strike is excellent. Or maybe it’s just my obsession with Holliday Grainger.

Excellent! Another mini series that has finished too soon but Season 1 and Season 2 were worth watching.

Please renew series. Enjoyed watching all episodes, was very much involved in trying to figure out who did what and why. The characters are interesting especially Strike. He shows how it is to be human good or bad. Want to see more.

Read the books and LOVE the series!!!!

Great series and plot line with strike and Robin
N

Verrrry compelling series. It’s really a must watch and worthy of a very long run.

The show is definitely worth renewing. I’m surprised that cancellation was ever considered.

Love the show! Frustrating that it hasn’t come back on TV for a year now…

I really ms.rowling continues writing I just think this show is sooo good and I just love cast they are tremendous at the characters they play. please keep this going please. thanks.

Please continue! Even though I read the books three times and know what happens, it’s still engrossing and interesting. The actors are excellent!