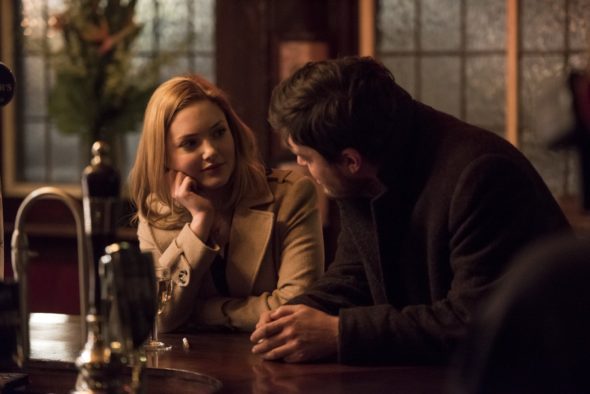 Is CB Strike at the top of his game during the first season of the CB Strike TV show on Cinemax? As we all know, the Nielsen ratings typically play a big role in determining whether a TV show like CB Strike is cancelled or renewed. (The show is billed as a mini-series so season two seems unlikely). Unfortunately, most of us do not live in Nielsen households. Because many viewers feel frustration when their viewing habits and opinions aren’t considered, we’d like to offer you the chance to rate all of the CB Strike season one episodes here.

What do you think? Which season one episodes of the CB Strike TV series do you rate as wonderful, terrible, or somewhere between? Should Cinemax renew CB Strike for a second season (ala Big Little Lies)? Don’t forget to vote, and share your thoughts, below.

Awesome show, Im a fan for detective stories but love especially the characters of CB Strike and Robin. Character development was well done and drew me into the story lines. We all need heroes and the best types are the ones you find in imperfect characters like CB and Robin. A well woven relationship and well written stories. Thank you for this winderful series and hope it continues on!

I just happened to stumble across this series; and, knowing nothing about it, decided to watcb the trailer. That led to watching the 1st episode and then getting addicted to the point of binge watching the entire 7 episodes. This is a great show! Hope they bring it back!

PLEASE BRING THIS BACK! I am so addicted. book #4 LETHAL WHITE is great and is already in production for BBC1. PLEASE cinemax, bring this back! or I will have to move to England.

Love, love love it, bring it back PLEASE.

Bring back C.B. strike for more episodes. We binged watched it.

I absolutely love the show! I even got my husband hooked on it!!!

I absolutely love this show. I have not felt the anticipation of the next episode since Magnum, P I. I would love to see this series flourish into a few more seasons.

My wife and I enjoy C.B. Strike a lot! I didn’t know it was a mini-series, that’s too bad. The characters are likable and the show is fresh without being forced.

I’ve watch the first 3 episode of this show and quite enjoy it here in Queensland, Australia on Foxtel . A very good show ..