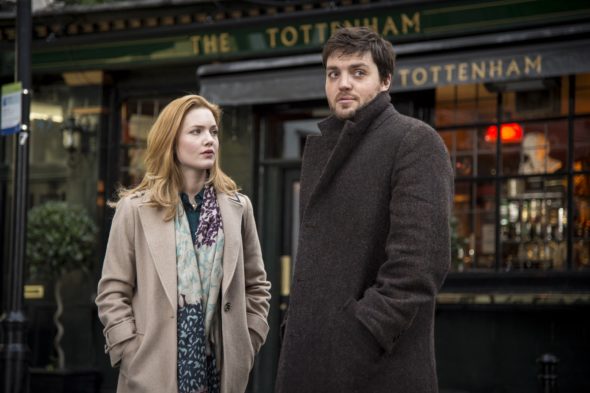 The mystery drama, which has aired on Cinemax in the U.S., is based on the Cormoran Strike novels by J.K. Rowling. The series stars Tom Burke as Strike, a military veteran who now works as a private detective in London. The cast also includes Holliday Grainger.

It’s unclear if Cinemax will air the new episodes of CB Strike, but the new season is expected to debut on BBC One in the U.K.

The new season follows Billy, a troubled young man who comes to private eye Cormoran Strike’s office to ask for his help investigating a crime he thinks he witnessed as a child and Strike is left deeply unsettled. While Billy is obviously mentally distressed and cannot remember many concrete details, there is something sincere about him and his story. Strike and Robin set off on a twisting trail that leads them through the backstreets of London, into a secretive inner sanctum within Parliament and to a beautiful but sinister manor house deep in the countryside.”

What do you think? Have you seen CB Strike? Will you watch the new season if Cinemax airs it?

I bought the series on Amazon and will purchase any future series. I loved it.

Love this series and the books! The actors portraying CB and Robin are exactly as I imagined
I really wish they would just write for the series so I can keep enjoying Tom Burke and Holiday Grainger and not have to wait for the books

I am hopelessly addicted to these books and tv shows. I have read all 4 books multiple times and watch the shows over and over. Love the the characters and the subtle slow burning chemistry and great plots and really enjoy the settings filmed in London. I am so hoping cinemax or some other channel will pick this up for us fans in the states. If not is there a way to subscribe to BBC1 from US?

I love CB Strike. A different type of show that’s easy to watch with just enough suspense and romantic tension.

I loved this series!. Tom Burke & Holiday Grainger are quite good together. Burke is is fabulous. Makes subtle gestures like to put his hand out to comfort Robin when she is upset over Matthew cheating on her, she misses the gesture and he goes back into his protective shell while still being supportive to her. The relationship grows while solving mysteries. Robin seems to have an unspoken understanding of him. No car chases or explosions or huge flames but still very interesting.
I hope the series continues.

Usually like British crime dramas, but this was a very boring show.