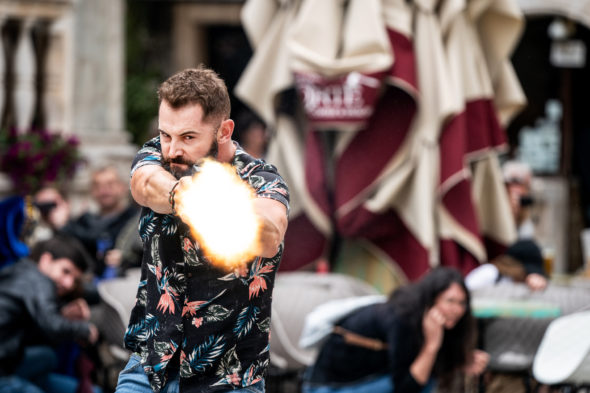 Will the team survive the eighth season of the Strike Back TV show on Cinemax? As we all know, the Nielsen ratings typically play a big role in determining whether a TV show like Strike Back is cancelled or renewed for season nine (we already know this show’s ending). Unfortunately, most of us do not live in Nielsen households. Because many viewers feel frustration when their viewing habits and opinions aren’t considered, we invite you to rate all of the eighth season episodes of Strike Back here.

What do you think? Which season eight episodes of the Strike Back TV series do you rate as wonderful, terrible, or somewhere between? Do you think that Strike Back should be revived for a ninth season on Cinemax? Don’t forget to vote, and share your thoughts, below.

OMG please don’t cancel this show. It is the best action show on tv ever. I look forward to it every year. PLEASE DON’T CANCEL

Please don’t cancel the show. It is the best action show on TV by far. The locations and actors make the show so so so so good. I beg you not to cancel.