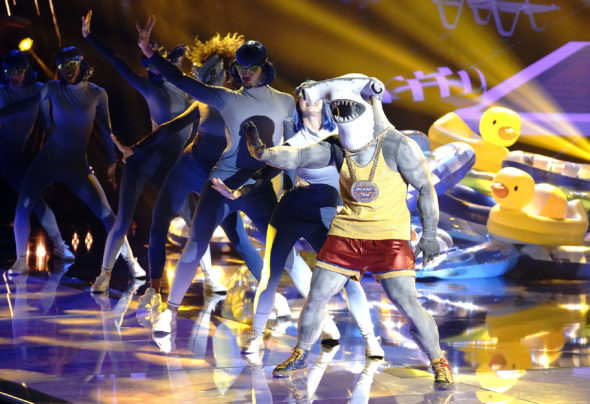 A FOX celebrity guessing game series, The Masked Dancer is hosted by Craig Robinson and features Ken Jeong, Paula Abdul, Brian Austin Green, and Ashley Tisdale as panelists. The show features celebrity contestants shaking their tail feathers, while covered from head-to-toe in elaborate costumes and face masks, leaving audiences to guess their identities. Costumed celebrities are joined on stage by masked partners and back-up dancers, as they perform a series of dances together. The styles span from hip-hop to salsa, jazz to tap dancing and more. Each episode, a series of clues will be sprinkled throughout packages, costumes, and routines, leading the panelists one step closer to figuring out which famous faces are freestyling behind the masks.

What do you think? Which season one episodes of The Masked Dancer TV series do you rate as wonderful, terrible, or somewhere between? Do you think that The Masked Dancer should be cancelled or renewed for a second season on FOX? Don’t forget to vote, and share your thoughts, below.

u think the tulip is?

Scarecrow please pick him or her

CANCEL IT PLEASE SPARE EVERYONE