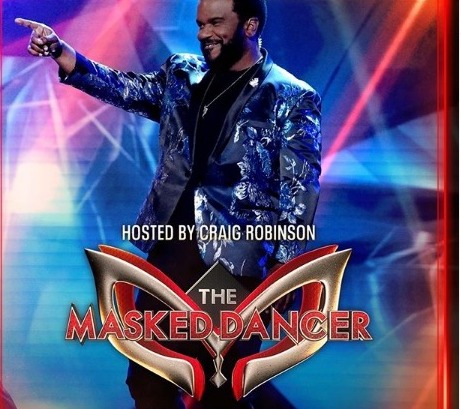 The host and judges for The Masked Dancer series have been unveiled. The series, which comes from Ellen DeGeneres, is a companion series to FOX’s popular The Masked Singer. Craig Robinson is hosting while Ken Jeong, Paula Abdul, Brian Austin Green, and Ashley Tisdale make up the panel of judges for this dance competition series. An exact premiere date has not been set, but the series will arrive sometime in December.

FOX revealed more about the new show in a press release.

THE MASKED DANCER will feature celebrity contestants shaking their tail feathers, while covered from head-to-toe in elaborate costumes and face masks, leaving audiences to guess their identities. Costumed celebrities will be joined on stage by masked partners and back-up dancers, as they perform a series of dances together; spanning from hip-hop to salsa, jazz to tap dancing and more. When it comes to dance styles, the sky is the limit. Each week, a series of clues will be sprinkled throughout packages, costumes and routines, leading the panelists one step closer to figuring out which famous faces are freestyling behind the masks. Between all of the celebrity competitors on the show, they’ve amassed more than 38 million albums sold worldwide, 20 Emmy® Award wins, 20 Grammy® Award nominations, 10 World Dancing titles, five New York Times Best-Selling Author titles, four Olympic gold medals and three Broadway show appearances. Guest judges and premiere date to be announced soon.

“We’ve begun filming THE MASKED DANCER with incredible new talent on both sides of the mask, and can’t wait to share the series with viewers,” said Rob Wade, President, Alternative Entertainment & Specials, FOX Entertainment. “Craig Robinson is hilarious as always in his role as host, and Ken, Brian, Ashley and Paula are the perfect blend of personalities to lead our awesomely weird world of masks into a whole new genre!”

What do you think? Are you planning to check out The Masked Dancer series on FOX?

I’m shocked at how many of the few comments criticize Ken Jeong. The ones who appreciate witty clean humor find him hysterical. His fellow judges think he is funny. I find him funnier than the other judges and he has lots of fans which is why he keeps getting cast. I like a person who can make fun of himself and witty at the same time.

Nope, not all . Enough already with Ellen. Plus, can’t stand Ken.

I love Mask Singer and looking forward too the Ma’s Dancer except have too listen to Ken again God help us. SHIELA Allen

What is the deal with Jeong? He’s not funny! He brings down the quality of the show. He needs to go!

I don’t know but I still like the Masked Singer better.

I love masked singer – but i dont like Ken. He is not funny to me. I don’t watch the other shows he is in and i wont watch this one either. Seriously? What does he know about dance?

These shows aren’t good. Not interesting at all. They are dumb and not going to watch them.

Sounded interesting until I saw Ken Jeong is a judge. He’s so annoying on The Masked Singer, not sure I could stand him on another judge panel.

More Garbage TV on the way No Thanks!