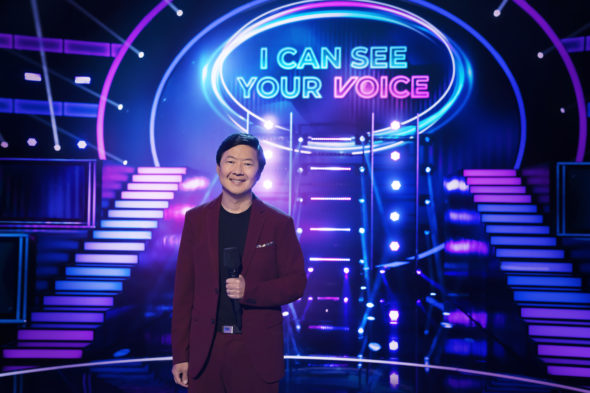 TV show description:
A music game show, the I Can See Your Voice TV series is hosted by Ken Jeong and also features Cheryl Hines and Adrienne Bailon-Houghton as regulars.

All three join a rotating panel of celebrity detectives, comprised of comedians, pop culture experts, and a musical superstar. The panel tries to help a contestant tell the difference between good and bad singers, without ever hearing them sing a note.

With $100,000 on the line, the contestant will attempt to weed out the bad “Secret Voices” from the good, based on a series of clues, interrogation, and lip-synch challenges.

By the end, the singer whom the contestant picks will reveal if they are good or bad in a duet performance with the musical superstar from the panel, resulting in either an amazing musical collaboration or a totally hilarious train wreck.

The series is based on a format from South Korea and is executive produced by Jeong, James McKinlay, and Craig Plesti.

What do you think? Do you like the I Can See Your Voice TV show? Do you think it should be cancelled or renewed for another season?

This has become my favorite show. I like it even more than masked singer

Wanted to like it but it the pace was to slow

I got a good feeling that this show will be a renewal for the second season.