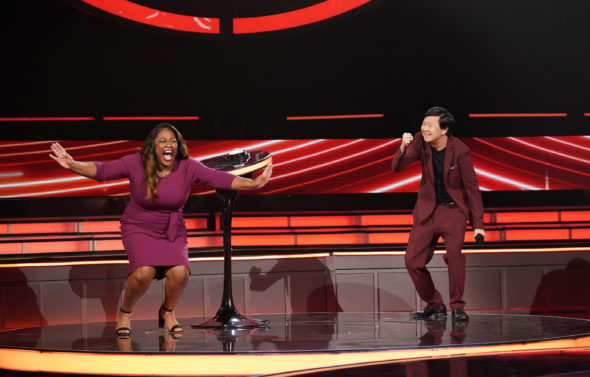 A FOX music game show, the I Can See Your Voice TV series is hosted by Ken Jeong and also features Cheryl Hines and Adrienne Bailon-Houghton as regular panelists. All three join a rotating panel of celebrity detectives, comprised of comedians, pop culture experts, and a musical superstar. The panel tries to help a contestant tell the difference between good and bad singers, without ever hearing them sing a note. With $100,000 on the line, the contestant will attempt to weed out the bad “Secret Voices” from the good, based on a series of clues, interrogation, and lip-synch challenges.

I look forward seeing the TC show I can see your voice! I hope there be many more seasons it’s an awesome and amazing show! I give the show a 10.

Hope it come back soon. This world needs to laugh. The comedians were good

I really enjoyed the show. In todays life, we need more shows like this! And the masked singer.I have not been out of my house in months.

Loved it! I was on the fence with rock climbing but I’m so happy the contestant won! It’s a nail bitting show!

We normally don’t watch the singing type shows but decided to try this new one. We liked it & guessed along with the contestant. It just needed to move along a tag faster. But yes, we’ll tune in again next week.