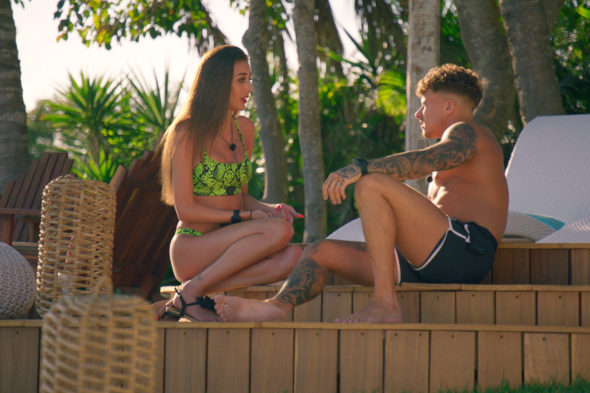 Too Hot to Handle is keeping the heat up! The dating series has been renewed by Netflix for two more seasons. In fact, work has been quietly underway on the upcoming seasons for months. Viewers will see new singles try to keep their hands to themselves in a new location. The action is reportedly being filmed on the Turks and Caicos Islands.

Per Deadline, Ted Sarandos, Netflix co-CEO, was excited to bring the dating series back to the streaming service. He called the series its “biggest competition show ever” after its release in April.

Brandon Riegg, Netflix VP of unscripted and documentary series, said the following about the renewal:

“The secret is out — we’re thrilled to bring back Too Hot to Handle for two new seasons in a tropical paradise. Netflix members around the world fell in love with the hilarious antics of season one, and now fans won’t have to wait long to see our new contestants try (and fail) to follow Lana’s strict rules with plenty of twists and surprises along the way.”

A premiere date for season two of Too Hot to Handle was not revealed.

What do you think? Are you a fan of the Too Hot to Handle TV show on Netflix? Will you watch the upcoming seasons?