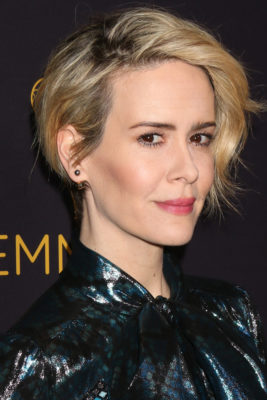 Sarah Paulson is set to play one of cinema’s most famous villains. Deadline reports Netflix has ordered a new TV show with the America Crime Story star called Ratched.

From executive producers Ryan Murphy and Michael Douglas, the drama will chronicle the early years of Nurse Ratched (Paulson), the evil nurse from One Flew Over the Cuckoo’s Nest.

Netflix has ordered two nine-episode seasons of Ratched, and production is set to begin next year.

Read more details from Deadline below:

Ratched is an origins story, beginning in 1947, which will follow Ratched’s (Paulson) journey and evolution from nurse to full-fledged monster. The series will track her murderous progression through the mental health care system.”

What do you think? Are you a fan of One Flew Over the Cuckoo’s Nest? Will you watch Ratched?