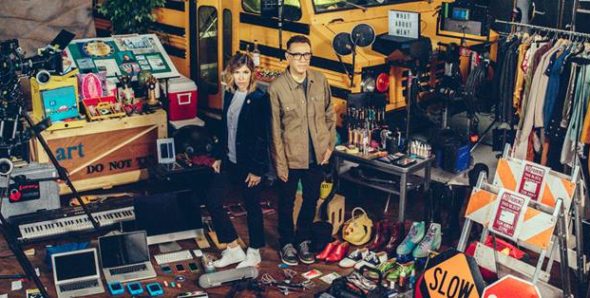 It’s the beginning of the end. IFC has announced the eighth and final season of its Portlandia TV show will premiere in the new year. The IFC release date is Thursday, January 18, 2018 at 10:00pm. Starring Fred Armisen and Carrie Brownstein — who created the series with Jonathan Krisel — the sketch comedy is set in and films around Portland, Oregon.

When IFC renewed Portlandia for season eight, back in January of 2017, it announced it would be the final installment. As reported soon after, the good news is that while there are no definitive plans for a spin-off, Armisen has been tossing around ideas with Krisel. In the meantime, fans can look forward to Portlandia, season eight, which will feature guest stars including Rachel Bloom, John Corbett, Terry Crews, Jeff Goldblum, Rashida Jones, Kyle MacLachlan, John Mulaney and Nick Kroll, and Krist Novoselic.

Check out this IFC press release for more details.

NEW YORK – September 7, 2017 – IFC’s Emmy®-nominated comedy Portlandia is returning for its eighth and final season on Thursday, January 18 at 10PM. Created by Fred Armisen, Carrie Brownstein and Jonathan Krisel, Portlandia is a playful satire of life in Portland, Oregon. The series is Executive Produced by Lorne Michaels and produced by Broadway Video. Season 8 will consist of 10 episodes, airing weekly on Thursday nights.

In addition to their role as creators, Armisen, Brownstein and Krisel serve as writers and Executive Producers of Portlandia. Broadway Video’s Andrew Singer and Alice Mathias are Executive Producers, along with EP/writers Karey Dornetto and Graham Wagner. Megan Neuringer and Phoebe Robinson join the writing team this season. Bill Benz and Carrie Brownstein return to direct along with new directors Graham Wagner and Lance Bangs. Portlandia is shot entirely on location in Portland, Oregon.

Portlandia seasons 1-7 are available now on Netflix and iTunes.

For continued updates on Portlandia, please check out:

What do you think? Are you a fan of the Portlandia TV series? Is it ending at the right time, or would you have watched a ninth season? Let us know, below.