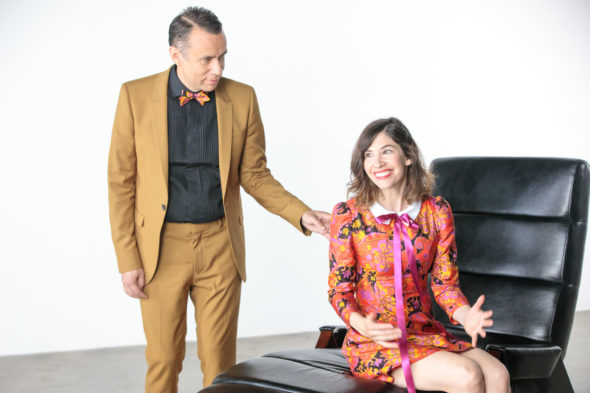 What has become of Fred and Carrie? Is the Portlandia TV show cancelled or renewed for a ninth season on IFC? The television vulture is watching all the latest cancellation and renewal news, so this page is the place to track the status of Portlandia, season nine Bookmark it, or subscribe for the latest updates. Remember, the television vulture is watching your shows. Are you?

Fans don’t have to worry whether IFC will cancel or renew Portlandia for season nine. When the cable network picked up this installment, it announced this would be the eighth and final season. Will there be a spin-off or sequel of some kind? That remains to be seen, but I’ll keep an eye on things between courses of my latest feast and update this page, with any breaking news. Subscribe for free alerts about Portlandia.

What do you think? Is the Portlandia TV series ending at the right time? If it were your call, would Portlandia be cancelled or renewed for season nine?