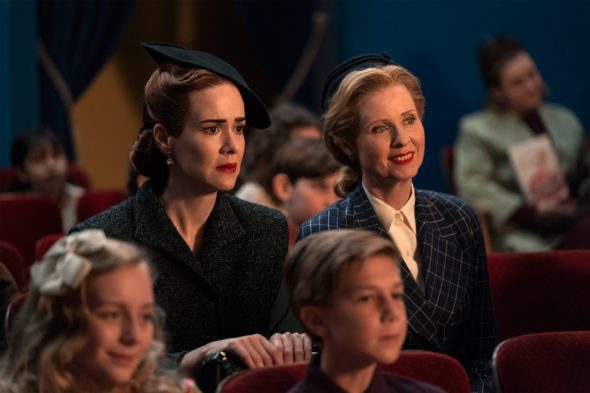 Ratched is coming soon to Netflix, and the streaming service has now announced a premiere date and released photos to tease the new series, which stars Sarah Paulson in the title role.

The TV show is an original series that tells the story of infamous psychiatric hospital Nurse Ratched. The character first appeared in the 1962 One Flew Over the Cuckoo’s Nest novel by Ken Kesey and later, in the 1975 movie starring Jack Nicholson. Louise Fletcher plays Nurse Ratched in the movie and won a Best Actress Academy Award for the role. The prequel series is the latest from Ryan Murphy, and it has a two-season order in place.

Check out the tweet from Netflix showing off Ratched below. The series premieres on September 18th.

From the creator of American Horror Story, get your first look at @RatchedNetflix — premiering September 18. pic.twitter.com/HqWmxel6Qr

What do you think? Are you planning to check out this new series? Are you familiar with the One Flew Over the Cuckoo’s Nest novel or movie?