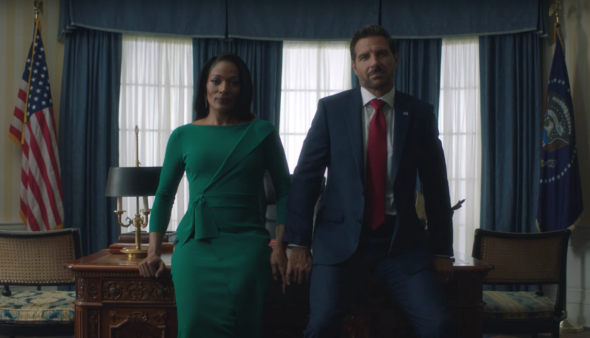 Season two of the Sistas TV show has wrapped production in Georgia, and today, the cast of The Oval TV series arrives at Tyler Perry’s studio and 330-acre campus for the filming of season two in their “Camp Quarantine.”

Tyler Perry managed to film the second season of the BET series in two weeks, without one person coming down with COVID-19. Perry made sure the cast and crew all wore masks, were tested on multiple occasions and took numerous other precautions. They all took breaks throughout the 12-14 hour days but everyone was masked except for the actors when the cameras were rolling.

Prior to the start of production, after the first 160 members of the cast and crew arrived at the Tyler Perry Studios, two people tested positive for COVID-19. When 200 more people arrived a few days later, another two tested positive. The four individuals never worked on set and were sent to get medical attention. The size of the crew was reduced by 80-100 people for the production of the season.

Perry made it clear that COVID-19 was not mentioned in any of the scripts for Sistas and The Oval. He said the following, per Variety:

“All these scripts were finished right at the time that COVID started to show up. And also, what I know about COVID is people are tired of hearing of it, and entertainment is escape, so I don’t think my audience want to brought into more of what is happening in their reality. All of my work has been about escapism, so I’m just going to hold to escapism.”

Premiere dates for the return of the BET series have not been announced.

What do you think? Are you a fan of Sistas and The Oval? Will you watch the new seasons when they arrive?

I love love love THE OVAL.. Tyler Perry is a Legend !!!

Can’t wait for the oval to return,have my dvr set to re ord in case i forget. I can’t remember enjoying another program as much as this one.hats off to Tyler Perry

Can’t WAIT for The Oval’s new season. I’m experiencing withdrawal symptoms! Tyler Perry is the best writer, director, producer, director, and whatever else he tries! Blessings to all!

I always lie in wait of Tyler Perry sitcoms. I never ever get tired of them. By all means renew Sistas and The Oval contracts. I’m patiently waiting.

So when will the movies start again?
We would love to see
them real soon. Let us no something about both movies.

I can hardly wait for both to return!! I applaud Mr. Perry for how he accomplished the taping.