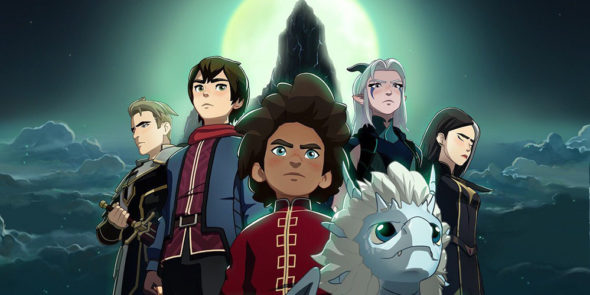 Dragon Prince is sticking around on Netflix for a long time to come. The streaming service has renewed the series for four more years — seasons four, five, six, and seven. That announcement was made during the Comic-Con@Home panel with the cast and producers.

Co-creator Aaron Ehasz, said the following about the renewal of the Netflix series, per CBR.com:

“We’ve been picked up for Season four. Netflix has picked up the whole saga of The Dragon Prince. We feel, obviously, amazingly grateful, incredibly grateful to the fans and the community who have been so passionate after Season three. The swell of love and passion around the show, the amount of art and talk online and, by the way, people really politely telling Netflix how badly they wanted this story to continue was so inspiring and it worked! They gave us the saga — we have a lot of work to do, to be clear!”

The cast couldn’t contain their excitement over the news. A premiere date for season four has not been set yet but you can check out the panel below.

What do you think? Are you a fan of this Netflix series? Will you watch all seven seasons of Dragon Prince?

I just binge-watched The Dragon Prince first three seasons. I can’t wait for Season 4! and glad to hear there are more seasons to come.