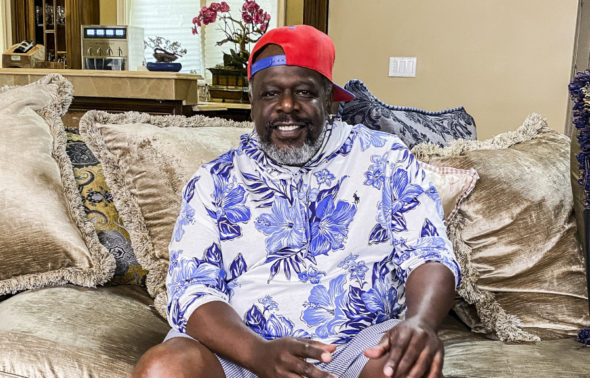 Performers include: Cedric the Entertainer (host)

TV show description:
An amateur video series, The Greatest #AtHome Videos TV series (also known as The Greatest #StayAtHome Videos) showcases home videos that reflect the creativity, humor, and humanity of people in their own homes. With sports, concerts and “date night” outings on indefinite hold, people have taken to amusing themselves through unique, often hilarious, social media posts.

Host Cedric the Entertainer guides viewers through video moments from our communal quarantine, providing an entertaining and uplifting snapshot of our world at an unprecedented time. Episodes showcase the next generation of home videos in the age of social distancing.

For each video selected as part of the show, CBS gives a monetary donation toward a qualifying charity of the participants’ choice.

What do you think? Do you like the The Greatest #AtHome Videos TV show? Do you think it should be cancelled or renewed for another season?

Please bring back Greatest #At Home Videos, it was such an entertaining show. In these hard and stressful times, it brought a smile to your face, and it made you laugh. We need something to smile and laugh about. People came up with things and ideas, to cope with being quarantined at home. Please bring back this wonderful show. Cedric The Entertainer was a great choice for this show, it suited him to a T. We have enough police, law and order, medical dramas, bring on the laughter. Please bring back this very entertaining program. I BEG YOU.