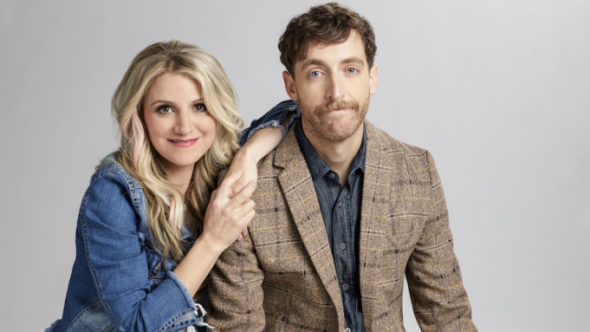 What’s fresh at CBS? The network just released teasers for their upcoming new TV shows for the 2020-21 season: B Positive, The Equalizer, and Clarice.

From Chuck Lorre, B Positive stars Thomas Middleditch as a recently divorced father who needs a new kidney. He finds one in the most unlikely of places— rough-around-the-edges woman from his past—played by Annaleigh Ashford—who volunteers for the job and, together, they form an unusual bond that changes both of their lives.

Meanwhile, The Equalizer is a reboot of the 1980s action drama and stars Queen Latifah as Robyn McCall,  “an enigmatic woman with a mysterious background who uses her extensive skills to help those with nowhere else to turn.”

CBS‘ final new series is Clarice, a sequel series “that dives into the untold personal story of brilliant and vulnerable FBI Agent Clarice Starling six months after the terrifying events that transpired in The Silence Of The Lambs.” Rebecca Breeds stars.

Take a peek at the new teasers below:

What do you think? Are you interested in any of CBS’ new TV shows? Which will you watch?

Positive B. Is Another show written by Mr. Chuckie. Oh joy do we really have a choice; well we cannot turn on the TVs that’s true?! But why is this guy continuously allowed to produce shows it’s like CBS network has no other choice but to hire Mr. Chuckie only.? This network is dead if they are the only can do is put Mr. Chuckie shows on. All his plots are the same all the laugh tracks are the same it’s all the same tackiness in crappy Exploits that he produces which people seem to like ?well not really because… Read more »

I would like to see Equalizer & Clarice. I hope it is good.