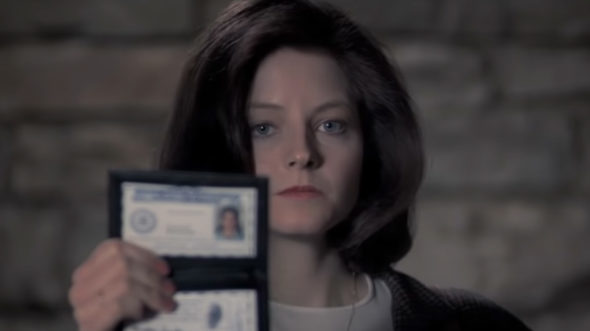 Hello, Clarice. Get ready to return to the world seen in Silence of the Lambs. CBS has ordered a sequel sequel to the film, which starred Jodie Foster and Anthony Hopkins. This is not the first time television has tackled the characters from this classic film. Hannibal aired on NBC for three seasons.

The series follows Clarice Starling a year after the events of the film. CBS revealed more about the new series in a press release. Check that out below.

It’s 1993, a year after the events of The Silence of the Lambs. CLARICE is a deep dive into the untold personal story of Clarice Starling as she returns to the field to pursue serial murderers and sexual predators while navigating the high stakes political world of Washington, D.C.

“After more than 20 years of silence, we’re privileged to give voice to one of America’s most enduring heroes – Clarice Starling,” said Alex Kurtzman and Jenny Lumet. “Clarice’s bravery and complexity have always lit the way, even as her personal story remained in the dark. But hers is the very story we need today: her struggle, her resilience, her victory. Her time is now, and always.”

In addition to The Silence of the Lambs being a bestselling novel, the feature film earned five Academy Awards, including for Best Picture.

Writing partners Kurtzman and Lumet are currently the co-creators and co-showrunners of the CBS All Access series THE MAN WHO FELL TO EARTH.”

What do you think? Will you watch this new series based on Silence of the Lambs?

Nobody does their own thing anymore. Remake, sequel series, etc. TV is hardly worth watching.

Possibly if done in a believable manner