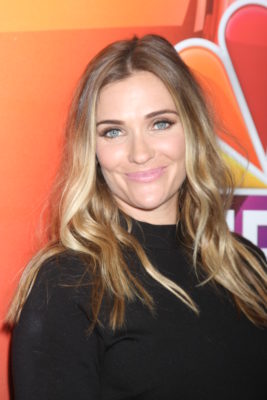 Bre Blair is joining the SWAT team. Deadline reports the Game of Silence star will recur on the CBS TV show.

On SWAT, Blair will be playing “Annie Kay, the wife of Deacon (Jay Harrington), 2nd command of the SWAT unit lead by Hondo (Moore). She is patient, perceptive, and balances a busy house and newborn baby while her husband is out in the field. As the only wife on the squad, Annie is considered one of the family to the rest of the team, though she is fiercely loyal and devoted to Deacon and the kids above all else.”

What do you think? Are you watching SWAT? Would you watch a second season?

Sorry to say, Not at this point. Hondo is an over played poorly written camp characterization of the character Moore played on Criminal Minds. To survive it needs to develop as an ensemble piece

My family and I thought SWAT had way too much shooting through out the episode . we did not care for it. we may try watching it again ,but if there is still too much shooting in the next episode we will then start watching something else in the same time slot.

Yes really like Swat and will watch a second season and several friends really like it and hope it won’t be canceled.