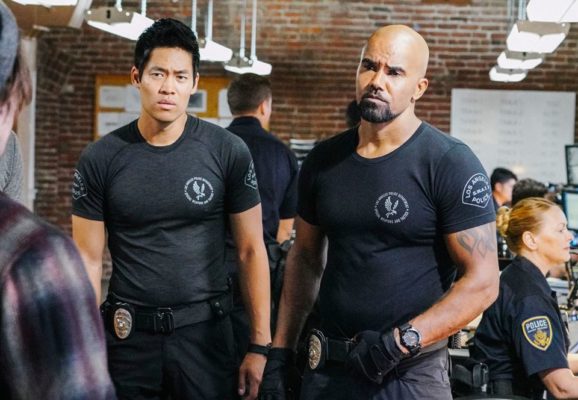 Can Hondo successfully balance his work and personal life in the third season of the SWAT TV show on CBS? As we all know, the Nielsen ratings typically play a big role in determining whether a TV show like SWAT is cancelled or renewed for season four. Unfortunately, most of us do not live in Nielsen households. Because many viewers feel frustration when their viewing habits and opinions aren’t considered, we invite you to rate all of the third season episodes of SWAT here. *Status update below.

What do you think? Which season three episodes of the SWAT TV series do you rate as wonderful, terrible, or somewhere between? Do you think that SWAT on CBS should be cancelled or renewed for a fourth season? Don’t forget to vote, and share your thoughts, below.

*5/6/20 update: CBS has renewed the SWAT TV series for a fourth season.

I really like SWAT a lot Shemar Moore is such an awesome actor. He works his but off to stay in shape for his health, and for the show. I am so happy his is a season 4 he so deserves it. Thank U Shemar for working u’r but off to keep U’r die hard fans coming back. And the rest of the cast are also working their butts off as well so thank U all also. Congrats on season 4.

There is nothing left on CBS that I want to watch .

I always enjoy S.W.A.T. The Only thing I do care about is Chris’s lesbian relationship. I wish they would not show it.

The episode Lion’s Den was terrible! I didn’t think it was right that S.W.A.T. helped evict that family from their home that had been in their family for ages. I almost stopped watching the series I was so upset. My daughter did stop.

Give the show a break. It is only a TV show not real life.