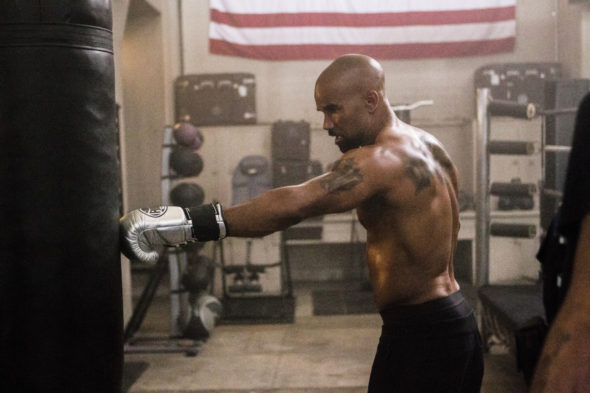 How well does Hondo lead his new team during the first season of the SWAT TV show on CBS? As we all know, the Nielsen ratings typically play a big role in determining whether a TV show like SWAT is cancelled or renewed for season two. Unfortunately, most of us do not live in Nielsen households. Because many viewers feel frustration when their viewing habits and opinions aren’t considered, we’d like to offer you the chance to rate all the SWAT season one episodes here.

What do you think? Which season one episodes of the SWAT TV series do you rate as wonderful, terrible, or somewhere between? Should CBS cancel or renew SWAT for a second season? Don’t forget to vote, and share your thoughts, below.

Going too far with the gay scenes. I’m not judging but don’t care to see it.

SWAT is the Best with CBS. Sergeant Daniel “Hondo” Harrelson and the whole Team are so prestige.

Absolutely love this show. The storylines are strong and topical. The characters are believable and I just love Luka. I thought I would only be watching it for Shemar but have found I love all the characters. Bring on seasons 2.3.4.10

Absolutely love this show! I thought I would just be watching it for Shemar but found the whole cast and the storyline really pulled me in and I love Deacon and Luka. Can’t wait for season 2-3-4-10

Love the show. Keep up the good work. Many stories are available to keep us watching.

Keep it on it is to good not to have a season 2.

Please we love Shemar Moore and the people he works with on this show, please don’t cancel this show.

I love Shemar Moore ! He is a great actor and this show keeps me on the edge of my seat. I have come to know the rest of the cast and they are all amazing too. This show deals with real world issues and should be renewed for another season! It’s truly an awesome show!!!

I watch Swat season one every Thursday and I also record every episode and watch them back to back on my off days. My favorite TV show . Please season 2

The show was epic . There has to be a Season 2 . The show is an eye opener for this world we deal with issues drama gun etc. The first season was Awsome. Great cast great story